LONDON, Ky. (WTVQ) – A Corbin man was arrested on drug charges in a motel room in Laurel County on Wednesday morning, according to the Laurel County Sheriff’s Office.

Deputies say they were investigating a drug trafficking complaint at a motel on Highway 770, approximately ten miles south of London.

Investigators say they found 24-year old Steven Lynch in a motel room with suspected meth, digital scales, a glass pipe and a bag of marijuana.

He was arrested and taken to jail in London, according to deputies.

*Note:  The photos that accompany this story are courtesy of the Laurel County Sheriff’s Office. 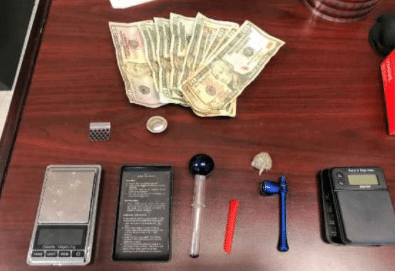