Domestic call lands man in jail on heroin, other charges 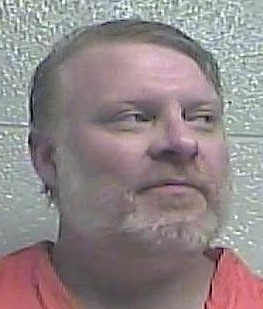 lands a Jessamine County man in jail on a variety of drug charges.

According to a Jessamine County Sheriff’s Department Facebook post, 42-year-old Christopher Allen Hager was charged with trafficking in marijuana, growing marijuana, possession of heroin, LSD and other drugs, and fourth-degree assault following the incident.

He remained in the Jessamine County Jail Monday morning.

In addition, Stacy Hager was charged with possession of marijuana and other drugs and released, according to the department’s post.’

The incident began when deputies responded to a domestic call at 300 Water Works Road. As they arrived, Christopher Hager was trying to leave in a car. He was stopped but jumped and ran toward nearby woods, carrying three backpacks, deputies said in the post.

He was quickly caught and deputies found drugs in the backpacks and his car and more during a search of the residence, according to the Facebook notes.