EMMALENA, Ky. (WTVQ) – As suspected, a Knott County 13-year-old died in February from wounds suffered during an attack by a group of wild dogs, according to the latest update from the Kentucky State Police.

According to the KSP, investigators, using wildlife cameras and other equipment, were able to “locate multiple dogs on an old mine site near the area the victims body was found. The dogs were transported to Kentucky River Animal Shelter. DNA specimens collected from those dogs were compared to evidence located on the victim.

“Lab comparisons indicated that specimens from several of the dogs matched those found on the victim,” the statement continued.

At the time of the incident, KSP Post 13 Public Affairs Officer Jody Sims identified the teen 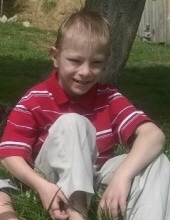 as 13-year-old Corey Godsey, according to the Troublesome Creek Times newspaper.

This incident remains under investigation by Det. Robert Dials with K.S.P. Post 13.

Emmalena, Ky. (February 19, 2020) Detectives with Kentucky State Police Post 13, in Hazard are investigating an apparent animal attack that resulted in the death of a Knott County teenager. Troopers responded to a residence on Montgomery Creek Road in the Emmalena community after Post 13 received a call shortly after 6:00 p.m. advising of a possible animal attack on a child. Officers and personnel with Kentucky Department of Fish and Wildlife, Knott County Sheriffs Office, Lifeguard Ambulance and Ball Creek Fire and Rescue also responded to the scene.

Upon arrival, Troopers and First Responders were led up a mountainside behind a residence, where they located a 13 year old male subject who appeared to be fatally wounded. Knott County Coroner Corey Watson responded to the scene and pronounced the victim deceased from suspected injuries associated with an animal attack.

An autopsy was performed on the juvenile at the State Medical Examiners Office in Frankfort this morning. Cause of death was initially determined to be from injuries consistent with an animal attack, though a specific animal identification was not determined. Additional information and details will be released when available. Detective Robert Dials with KSP Post 13 is leading this investigation.