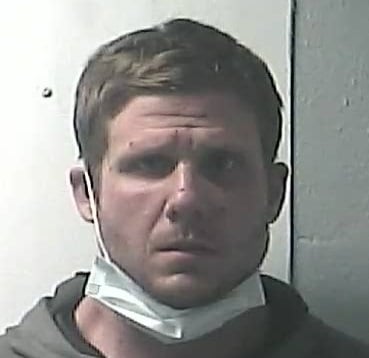 They are being held in the Lincoln County Regional Jail on no bond. They were booked in at about 4 a.m. Friday according to jail records.

LINCOLN COUNTY, Ky. (WTVQ) – The Lincoln County Sheriff’s Department is asking for the public’s help in locating the two people wanted for questioning in the murder investigation that occurred on November 30, 2020 on Clear Fork Road in the Waynesburg area.

One person is Matthew Wilson, who is described as about 6-1 with brown hair and brown eyes.

The other person is Una Mae Singleton.

LINCOLN COUNTY, Ky. (WTVQ) – The Lincoln County Sheriff’s Department is asking for the public’s help locating a truck belonging to a man investigators think is the victim of a homicide.

The truck is a a green 1993 Ford Ranger with tag number 911ZGA. The vehicle was stolen from a homicide scene on Monday, Nov. 30, according to the Lincoln County Sheriff’s Department.

According to Lincoln County Coroner Ferris Marcum, 38-year-old Daniel Adams was found dead by his mother in his home on Clear Fork Road at about 7:30 a.m. Monday.

An autopsy is being done Tuesday in Frankfort to determine a cause of death, although he appeared to have been assaulted, prompting detectives to think he was the victim of a homicide.

Detectives say they have a “pretty good leads” on a suspect and think the same person took Adams’ truck.

Adams lived alone in the home which is owned by his parents, who live in Richmond in Madison County.

Man dies after crashing car into tree in Laurel County

Refreshing air and sunshine expected for the week ahead

"It's time to put the guns down": Walk A Mile In Our Shoes remembers gun violence victims