LEXINGTON, Ky. (WTVQ) – The shooting death of a teenager in Lexington was the result of a robbery plot that lured him to his accused killer’s home for a marijuana deal, according to a report in the Lexington Herald-Leader.

The report says the information came from Lexington Police Detective Phillip Johnson during testimony at a preliminary hearing for the accused killer, 19-year old Kaleb Henry, in Fayette District Court on Tuesday.

19-year old Miguel Diaz was shot and killed at a home on Speigle Street on July 27, 2020, according to Lexington Police.

The report says Detective Johnson testified Henry worked with others, including 20-year old Isaac Suastequi, to come up with a plan to invite Diaz to the home for a marijuana deal.  The report says the plan was to rob Diaz at gunpoint when he arrived at the home.

Two friends went with Diaz to the home, one of which is a juvenile, according to the report. Detective Johnson testified when Diaz and the other two people with him showed up at the house, they encountered several people with guns at which time Kaleb Henry “abruptly appeared from behind the doorway,” and immediately shot Diaz in the head and then shot at the two people who were with Diaz, according to the newspaper report.

Detective Johnson testified Isaac Suastequi admitted to contacting Diaz and his friends to invite them to the home.  He also admitted that the group at the home had come up with a plan to rob Diaz, according to the report.   Suastequi was charged with complicity to murder, robbery, marijuana trafficking and evidence tampering, according to court records cited in the newspaper report.

There were others involved in the shooting who have not yet been identified or charged, according to the report from Detective Johnson’s testimony.

After testimony concluded at Henry’s preliminary hearing, Judge Lindsay Thurston found probable cause and sent the case to a grand jury to consider, according to the report.

Judge Thurston also denied a motion to reduce Henry’s $515,000 bond, according to the newspaper report. 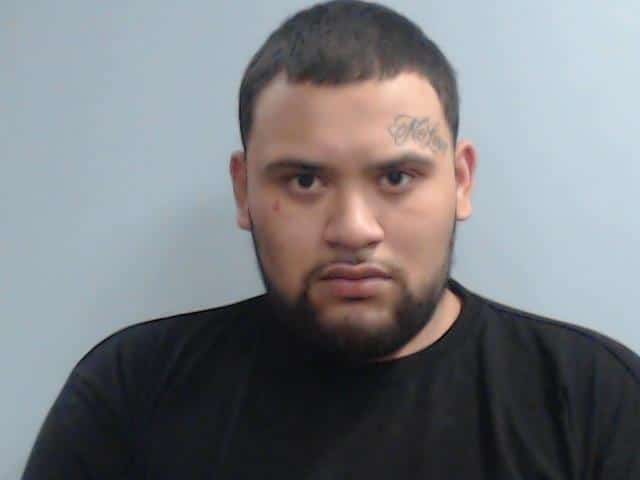