WILLIAMSBURG, Ky. (WTVQ) – University of the Cumberlands has partnered with several 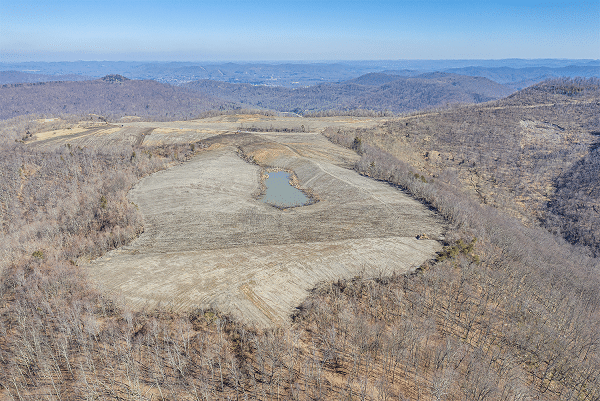 The property, which was mostly barren with some invasive plant species scattered throughout, has now been cleared of unwanted vegetation and cross-ripped to loosen the soil to produce a better rooting medium for trees and flowering plants.

More than 73,000 native-specie seedlings have now been hand-planted across 100 acres.

“We’re really pleased with the great progress so far,” said Travis Wilson, director of operations at the university. “There are a lot of environmental benefits to this project. It will improve air and water quality in the area and make the site more productive for wildlife. In a few years, we won’t even recognize this land for all the growth, and that’s as it should be.”

This project was part of a Cumberland Plateau Stewardship Fund grant awarded to the Green Forest Works (GFW), Kentucky Office of Nature Preserves, and other partners by the National Fish and Wildlife Foundation.

Additional project partners include the Arbor Day Foundation, the Lemmon Foundation, US Forest Service, Kentucky Division of Forestry, Shortleaf Pine Initiative, and others.

The ultimate goal is to restore the forest habitat that was present on the site prior to surface mining so the area can eventually blend in with neighboring, unmined forest life.

Since 1930, approximately six million acres have been disturbed by surface mining in the United States.

Surfaced mined lands in the U.S. that were reclaimed under the Surface Mining Control and Reclamation Act of 1977 (SMRCA) constitute a significant land resource that were forested before mining. Appalachia is home to some of the most diverse temperate forest land in the world.

The implementation of SMRCA has allowed for most surface mined land in Appalachia to be reclaimed as pastures for hay land or wildlife habitat post-mining land use.

The site that Cumberlands selected is near the Daniel Boone National Forest and provides a good setting for reestablishing forests on lands affected by surface mining. This site was mined more than 30 years ago.

University of the Cumberlands faculty, students, and staff are invited to an Arbor Day event on Friday, April 23, to plant additional trees and gain more insight into the environmental impacts of the project.