INDIAN CREEK, Ky. (WTVQ) – Following a lengthy drug trafficking investigation, a Corbin man was arrested Tuesday at a home in Knox County and charged with trafficking meth, according to WRIL Radio.

Warfield was charged with Trafficking in a Controlled Substance first-degree (greater than 2 grams-Methamphetamine), according to the report.

He was taken to the Knox County Detention Center. 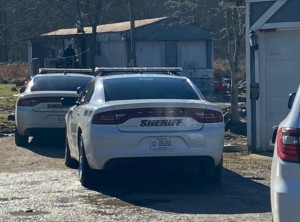