UPDATE: Accused killer wounded by police was out on parole at the time

LEXINGTON, Ky. (WTVQ) – A Lexington homicide suspect would two weeks ago in an 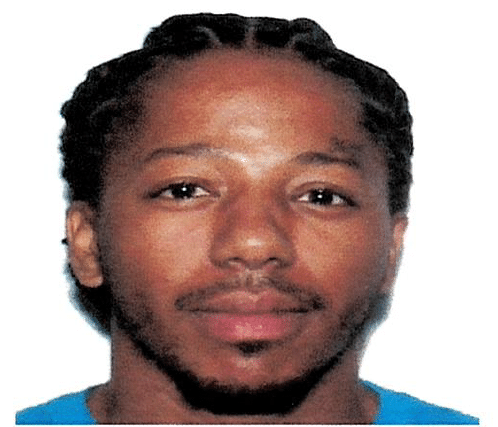 officer-involved shooting was out of prison on parole from a 2010 incident where he tried to burn down a woman’s apartment building.

Brandon Dockery was paroled last October after serving 10 years and eight months of a 45-year sentence for arson, attempted murder and other offenses. He’d reached a plea agreement with prosecutors in May 2012 and was sentenced in August 2012.

He’d been in jail since his arrest following an April 15, 2010 incident.

According to court records, on April 15, 2010, Dockery showed up to an apartment to visit a woman he had been seeing. With her son and two of her brothers there, he made advances toward her. He appeared to be drunk and got aggressive after being denied.

One of the woman’s brothers threw him out of the apartment. Dockery threatened to kill them and burn down the apartment, according to court records.

He was seen on security camera video a short time later at a Thorntons gas station where he bought a cigar and 95 cents worth of gas in a gas can. Dockery admitted to police he returned to the apartment building and set it on fire with the gas and a cigarette butt, court records show.

The fire destroyed several apartments, killed pets and forced people to evacuate, including one person who had to jump from a third-floor balcony, court records show.

He’d now been charged in the June 19, 2021 shooting death of Raymar Webb. The new charges could send Dockery back to prison to serve the remainder of his original sentence.

The Kentucky Department of Corrections says if a person is revoked while on parole, their sentence is recalculated and they have to serve any remaining time left after credits are applied.

LEXINGTON, Ky. (WTVQ) – An accused killer who was shot during an exchange of gunfire with officers during his arrest, was released from the hospital and taken to jail in Lexington on Saturday, July 31, 2021, according to Lexington Police.

31-year old Brandon Dockery is charged in the shooting death of 30-year old Raymar Webb on June 19, 2021, according to police.  Webb was found shot in a parking lot at West Short Street and North Mill Street, according to investigators.

LEXINGTON, Ky. (WTVQ) – A Lexington homicide suspect who was wounded in an officer-involved shooting Wednesday has been identified in court documents, which include a description of what police say led up the incident.

The report says Dockery was wanted in connection to the shooting death of 30-year-old Raymar Webb.  Webb was found shot in a parking lot at West Short Street and North Mill Street on June 19, 2021, according to Lexington Police.

The Lexington Herald-Leader reports police say in court documents that when they went to a home in the 1600 block of Thirlstane Court and made contact with Dockery at the front door, he kept “his hands in his pocket as if he had a weapon” and “continued to ignore officer’s commands.” The report says Dockery can be heard on body camera footage saying, “I don’t want to die.”

Dockery had a handgun that was jammed when it was secured, leading investigators to believe Dockery fired the gun until it jammed, according to the report.

The report says the complaint against Brown states that officers and federal agents were doing surveillance at Brown’s home on Thirlstane Court after learning that Dockery had been in contact with her recently and had been “staying there regularly since June.”

When Lexington police saw Brown leave on Wednesday morning, they stopped her at a gas station at New Circle Road and Meadow Lane, according to the report. During an interview with a U.S. Marshal detective at the gas station, Brown said she didn’t know where Dockery was and lied when asked if he was at her home, according to the criminal complaint against Brown cited by the newspaper.

The complaint states that after talking with Brown at the gas station, officers immediately returned to her home and found Dockery there.

The name of the Lexington Police officer involved in the shooting has not been released.  The officer has been placed on paid administrative assignment, which is standard procedure anytime an officer is involved in a shooting, according to police.

LEXINGTON, Ky. (WTVQ) – A Wednesday morning encounter between law enforcement and a suspect wanted for a Lexington murder led to an officer-involved shooting.

According to the Lexington Police Department, local officers were assisting United States Marshals at the 1600 block of Thirlstane Court around 10:11 a.m. on July 28. Authorities were trying to make contact with the suspect, a 31-year-old male.

Shots were fired during the engagement. The suspect sustained injuries and units on the scene monitored him until paramedics took him to a local hospital. He is listed in stable condition. No Lexington Police or U.S. Marshals were injured.

The suspect has been served with warrants for Murder and a Felon in Possession of a Firearm.

The officer was wearing an activated Body Worn Camera, as is Lexington Police Department’s policy. The Kentucky State Police Critical Incident Response Team is investigating the incident and the department’s Public Integrity Unit will conduct an internal review of the incident.

Pending the outcome of the investigation, the officer has been placed on administrative assignment.