Concerns about child not being in school lands pair in jail 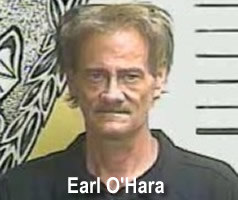 went to check on a child who had missed school that day.

According t deputies, at about 4:10 p.m. Tuesday, Bell County K-9 Deputy Adam Southern was dispatched to a residence on Knuckles Christopher Lane in regard to a welfare check of a child not attending school.

When he pulled into the driveway, Southern saw Fleming come out of the home, look at him and quickly run back inside, the department said in a release.

Southern, knowing warrants were pending against Fleming, got permission from O’Hara t enter the home and found Fleming hiding behind a dresser in a bedroom holding what later was identified as a Smith & Wesson .40-caliber handgun, according to the department.

Fleming came from behind the dresser and was wearing a holster matching the size of the gun. During a search, Southern also found a small bag of suspected methamphetamine and a metal vial containing Xanax pills.