SCOTT COUNTY, Ky. (WTVQ) – A commercial truck traveling on I-75 struck a bridge in Scott County, which closed Frogtown Road/KY 608, and reduced I-75 Northbound at the 141 mile marker to the two right lanes on Friday afternoon, according to the Kentucky Transportation Cabinet. 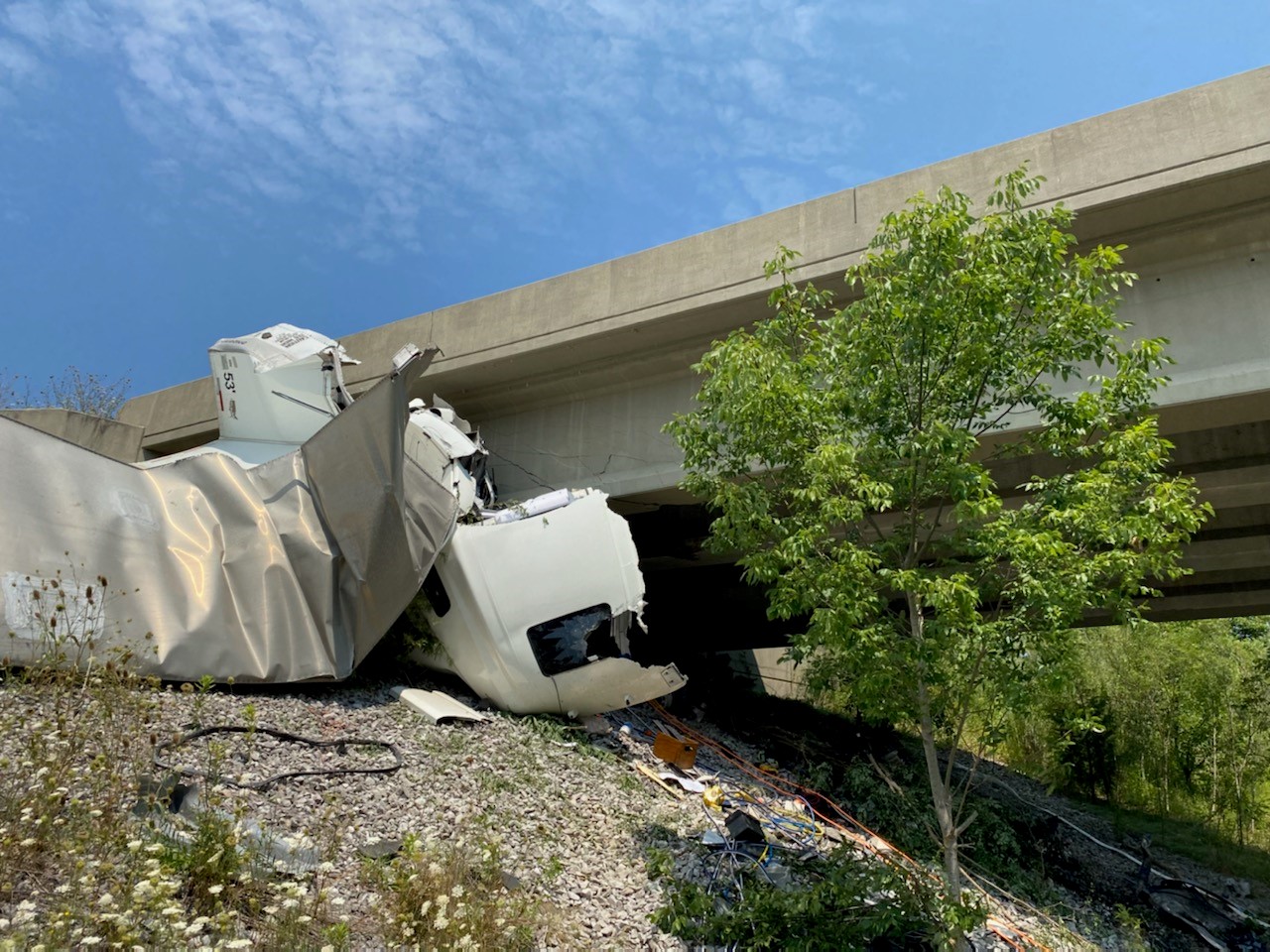