They’ve also charged two people with manslaughter in connection with an overdose death that happened in June.

According to the Sheriff’s Department, 38-year-old John Michael Brown has been charged 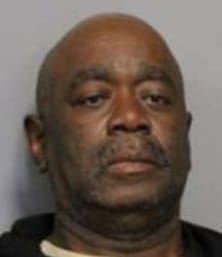 with first-degree robbery in connection with the robbery of the Fast Lane convenience store. He also is charged with felony probation violation.

Another suspect, Cleveland Jones still is sought, according to the department.

Anyone with information on Jones is asked to call Detective Eversole with the Clark County Sheriff’s Office at (859) 744-4390.
The Clark County Sheriff Office is asking for help in locating John Michael Brown and Cleveland Jones.
In an unrelated case, Byron Babb and Tabatha Greer have been charged with second-

degree manslaughter after an investigation into an overdose death that occurred in Clark County, Kentucky in June 2020, the department said.