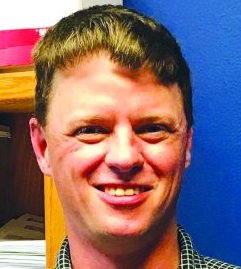 despite his vehemently denial of allegations he mislead the Fiscal Court.

The 4-2 decision came during the Court’s meeting Wednesday.

Madden has held the position for six years and was appointed a second term last July.

The firing was first reported by The Winchester Sun newspaper.

Clark County Judge Executive Chris Pace told WTVQ the 4-2 vote came after Madden “was allowed the opportunity to speak to the court with his attorney present as part of the proceeding.  I am unaware of any appeal process,” Pace said.

During a special meeting on March 3, the Fiscal Court questioned Madden’s handling of some financial transactions, according to the Winchester Sun. During Wednesday’s meeting, Magistrate Daniel Konstantopoulos suggested the termination, citing a state law that says the board may act “at any time for neglect of duty, incompetency, or dishonesty,” the newspaper reported.

Magistrates Travis Thompson and Robert Blanton voted no, saying they did not have enough information to vote. Pace did not cast a vote.

The issue involved a $7,996 purchase that overdrew an account. Madden told the magistrates he’d overlooked the purchase order and asked the board to approve a transfer retroactively, which violates state law.

At the time, the board also authorized confiscation of Madden’s computers which are undergoing a forensic analysis, Pace told the Sun.

“I came to you and informed you that the negative balance prevented me from creating the report that Daniel (Konstantopoulos) wanted,” the Sun reported Madden writing in a letter to Pace dated March 4. “You advised me to make the adjustment to the February account so I could print out the report that Daniel wanted. You advised that you were going to make the transfer retroactive and that you had already secured the votes from the magistrates for the transfer to take place.”

“There was never any actual transfer and no distribution of funds for that account because the transfer had not been voted on by the Fiscal Court,” the newspaper continued, citing Madden’s letter. “The adjustment I made was only for the purpose of creating the report. At no time was it a formal document that I was going to sign. In fact, I did not sign it and it was not an official document.”

During Wednesday’s meeting, read the letter and called it “inaccurate and self-serving.”

“I just feel the letter in a whole was crafted in a way to avoid responsibility,” Pace told the newspaper Wednesday.