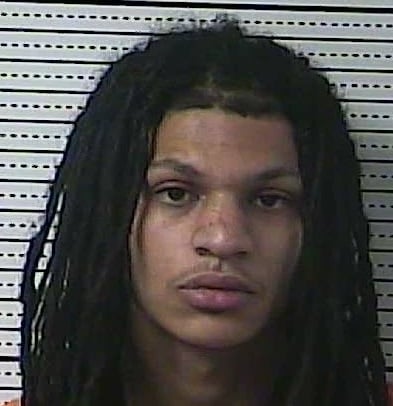 According to the Sheriff’s Department, 19-year-old Avery Jordan and 23-year-old Devin Walker face a variety of charges, ranging from marijuana and heroin trafficking to fleeing and possession of stolen property after a handgun re[ported stolen in Louisville was recovered after two juveniles picked it up thinking it was a toy.

The arrests came after K( Deputy Tanner Abbott and Deputy Brett Simpson tried to stop a vehicle on 5th Street in Danville. The vehicle took off fleeing at high speeds and running several stop signs along several Danville streets, the sheriff’s department said.

Once stopped, deputies said they found heroin, marijuana, scales, cash and other items. Once at the Boyle County Detention Center, more drugs were found on Jordan, deputies said.

Walker’s bond is $10,000 cash and Jordan’s bond is $12,000 cash, according to Boyle County Detention Center recordsDeputies were later able to locate a loaded handgun that was tossed from the vehicle during the pursuit. This handgun was mistaken for a toy and picked up by two juveniles. The handgun was also confirmed stolen out of Louisville, according to the department.Walker and Jordan are charged with Disregard Stop Sign, Failure to or Improper Signal, Reckless Driving, Wanton Endangerment, Speeding, Tampering With Physical Evidence, Promoting Contraband, Trafficking Heroin, Trafficking Drug Unspecified, Trafficking Marijuana, Fleeing or Evading Police, Drug Paraphernalia, Receiving Stolen Property (Handgun) and Active Warrants.

Festival on Fifth in Paris

May is Mental Health Month