Chase ends with damaged cruiser and arrest in Lincoln County

LINCOLN COUNTY, Ky. (WTVQ) – A man who led a deputy on a chase and damaged a cruiser is facing several charges.

According to the Lincoln County Sheriff’s Office, a deputy spotted a car driving at a high rate of speed on US 27 South on Sunday and tried to pull the driver over.

They say the driver, Jordan Williams, did not stop and tried to get away.

The deputy chased Williams and that’s when they say Williams slammed on his brakes, trying to disable the deputy’s cruiser.

Williams struck the cruiser and lost control of his vehicle. 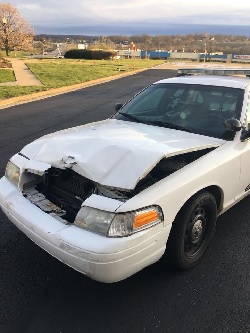