Calm, few protesters in Frankfort, across the country

FRANKFORT, Ky. (WTVQ) – Three protesters, mainly focusing on the First Amendment and worries about big government, were the extent of rallies at the Kentucky State Capitol in Frankfort Wednesday, mirroring similar scenes at capitols across the country, despite FBI warnings of broad potential protests and possible unrest.

In Frankfort, motorists could drive around the Capitol and the Capitol grounds were closed although the steps were open. One protester showed up Wednesday morning and two more joined at about 12:30 p.m. 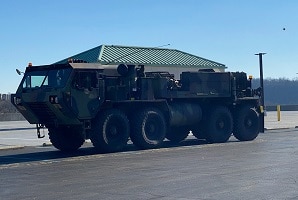 Their message was more worry about censorship and big-tech companies than outrage over the election and President Donald Trump’s loss.

In fact, one of the protesters wished President Joe Biden luck and encouraged him to “listen to both sides,” “promote unity” and “do what’s best for the whole” country.

Regardless of the small showing, Kentucky National Guardsmen and State Troopers were 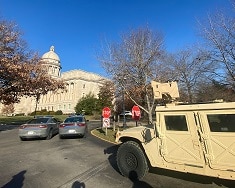 on site standing by.

KSP cars were parked in prominent locations while National Guard vehicles, including troop transports, were helping obstruct or guard traffic flow  but mostly were stationed in areas where the public didn’t have access. However, they did make a show of force. 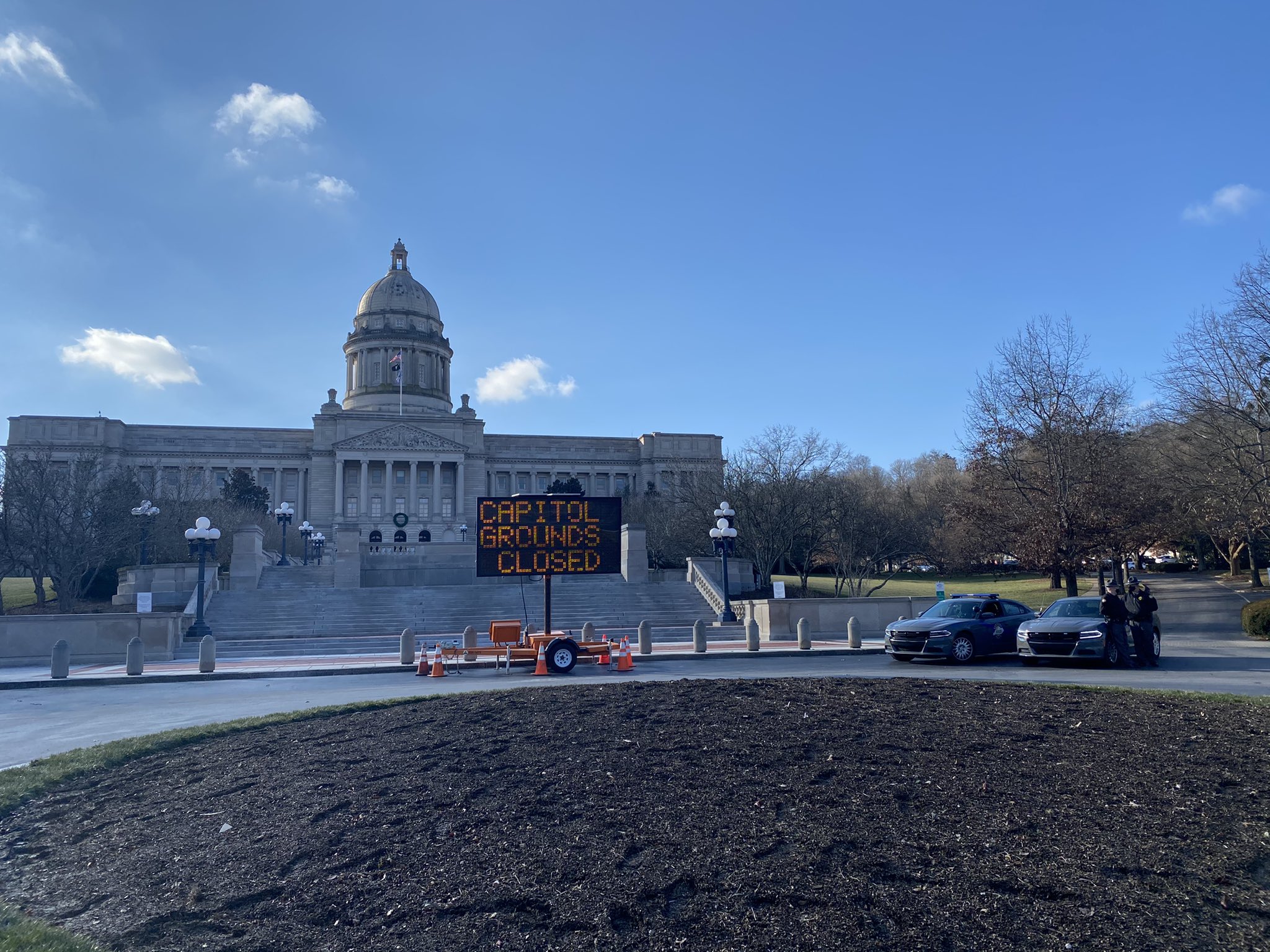 Meanwhile, calm prevailed outside heavily fortified state capitol buildings across the U.S. as Biden was sworn in as president.

The FBI had warned of the possibility for armed demonstrations leading up to the inauguration after President Donald Trump repeatedly and falsely claimed the election was stolen from him.

Fewer than a half-dozen demonstrators showed up outside the capitols in Concord, New Hampshire, and Lansing, Michigan. A lone protester wearing a “Make America Great Again” hat stood outside a chain-link fence surrounding the California Capitol in Sacramento, as dozens of police officers and National Guard troops guarded every entrance.

Three protesters were outside the Nebraska Capitol in Lincoln, one waving a flag that read “Biden is not the president.”

Dump trucks, prison buses and other government vehicles were used to barricade streets around the Georgia Capitol in Atlanta, though no protesters were there.

Michigan lawmakers canceled a session scheduled for Wednesday out of caution. But in Wisconsin, legislators planned to move ahead with a committee hearing that was to be open to the public.

#Inauguration2021 Here’s a look at Kentucky’s Capitol grounds. As of last night, KSP says there hasn’t been any permits requested for any demonstrations today. As you can see, troopers and National guardsmen on standby. @ABC36News pic.twitter.com/DB1OUM5x6Y