According to Danville Police, on Aug. 15, officers responded to Thompson’s Service Center, at 554 East Lexington Ave., for reports of a burglary that had occurred overnight.
Investigation reveals a man forced entry into the business at approximately 3:15 a.m. and once inside, took various tools and cash. The subject then flees the scene in an unknown direction.
Anyone with information is encouraged to call the Danville Police Department at (859) 238-1220 and ask for the on-duty supervisor. Anonymous information can be sent to tips@danvilleky.gov 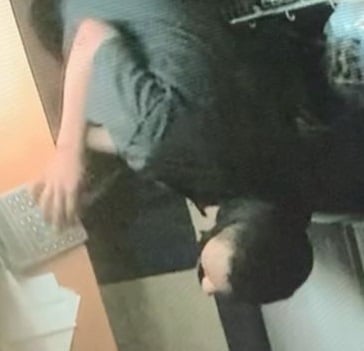 On August 15, 2020 at 2:44 a.m.officers responded to an alarm at the Marathon Gas Station at 109 Quisenberry Ave. Upon further investigation, an unknown suspect forced entry into the business, then fled the scene
Officer Roller is the investigating Officer.
The Danville Police Department is requesting assistance in identifying an individual in reference to the Liberty Gas Station being burglarized on August 12, 2020.
Contact Detective Lisa Dollins if you have any information 859-238-1224.