LEXNGTON, Ky. (WTVQ) – Police took a suspect wanted for a murder in Frankfort into custody Friday morning at a Lexington motel.

The Lexington Police Emergency Response Unit and Crisis Negotiation Unit surrounded the Bryan Station Inn around 4:50 a.m. after a report that Derek Garten may be inside one of the rooms.

Authorities evacuated customers from the rooms and shut down E. New Circle Road between Bryan Station Road and N. Limestone to traffic while they worked the barricade situation.

Garten was taken into custody just before 10:30 a.m. after police say he tossed guns out the window of the motel.

Firefighters were seen treating a handcuffed Garten at the scene after he was arrested.

Garten is accused of killing 39-year-old Margaret Elizabeth Smith in Frankfort on Tuesday.

On Friday morning in a post on his Facebook page, Garten admitted to killing Smith and threatened to kill himself.

During Friday morning’s more than six hour standoff, many of the people staying in neighboring rooms at Bryan Station Inn were told to hide in place by police.

ABC 36 spoke with one woman who was staying just doors down from Garten.

She did not want to give her name but did go on camera saying this morning was one of the scariest mornings of her entire life.

“I peek out and I see everybody in full body armor and I’m thinking, oh geez, this is really, really bad and evidently it was,” said the witness who did not want to give ABC 36 News her name.

This woman said she was awake around 4:30 Friday morning when she heard noise coming from outside her room at Bryan Station Inn.

She said she got up, looked outside and realized she was in the middle of a police standoff.

“Everywhere was surrounded by the police and we were like basically trapped from here to there,” said the woman.

The woman said she spent the next six plus hours hiding out in her room.

She said at one point she could hear negotiators trying to get Garten to come out and turn himself in.

The woman said Garten finally agreed to drop his guns and came out of his room peacefully.

After hours wondering what was going to happen, she said she’s just relieved it ended safely.

“Just glad they did their job as well as they did and everything is over and done with and that’s it,” said the woman.

ABC 36 with several other residents at the inn who said they too were terrified this standoff was going to end badly.

They said they are so grateful to all the law enforcement officers who managed to end this tense situation safely. 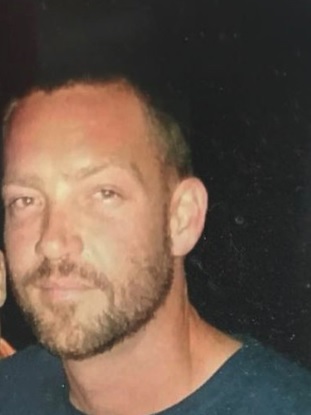 Derek Garten is a suspect in the murder of Margaret Elizabeth Smith.