LEXINGTON, Ky. (WTVQ) – The investigation into a bomb threat last month that led to the evacuation of four public high schools in Lexington is over for now without any arrests, according to the school district.

We are grateful to the Lexington Police Department, Federal Bureau of Investigation, Kentucky Office of Homeland Security, and Commonwealth Office of Technology for their efforts in collaboration with the Fayette County Public Schools Police Department to investigate the bomb threats made against four FCPS high schools on September 21, 2021. At this time all leads have been exhausted and the investigation has concluded without arrest, pending any further information received. Anyone with information that could help authorities solve this crime should contact Bluegrass Crime Stoppers at bluegrasscrimestoppers.com or by calling 859-253-2020.

The bomb threat came with a demand for a $500,000 payment to a Bitcoin account, which came in anonymously through the school district’s STOP tip line.  The tip said a bomb had been placed in Frederick Douglass, Lafayette, Paul Laurence Dunbar and Henry Clay high schools, according to the district.

The threat contained a condensed timeline for the district to act, so the four schools were immediately evacuated.  After an exhaustive search of all four schools that lasted several hours, no bombs were found, according to investigators.  No injuries were reported.

LEXINGTON, Ky. (WTVQ) – All four public high schools in Lexington that were evacuated on Tuesday afternoon following a bomb threat, have been cleared by law enforcement and nothing was found in any of the schools, according to Fayette County Public Schools (FCPS).

“We can say the threat was received from outside the Fayette County Public Schools network,” says FCPS Police Chief Martin Schafer in a press release.

Bomb-sniffing dogs were taken into each school, Frederick Douglass, Henry Clay, Lafayette and Paul Laurence Dunbar.  Each school was thoroughly searched in a painstaking process that took hours. Henry Clay High School was the fourth and final school to be cleared, according to the school district.

Regular schedules will resume at all four schools on Wednesday, according to FCPS.

“We do have several security methods already in place on a day-to-day basis,” says FCPS Superintendent Demetrus Liggins. “As you’re aware, we have our own police force that is highly visible at all of our campuses and so they will continue to be a constant presence.”

Investigators say in addition to the bomb threat, a $500,000 ransom was demanded to be deposited into a Bitcoin account by 12:30 p.m. on Tuesday.

Local, state and federal authorities are investigating the threats.

“These are things that we train for and as a department, train for and look forward to and anticipate before the school year starts,” says Schafer. “When something needs to occur quickly and efficiently that we can take that action appropriately and today was one of those days that we did that.”

In all, nearly 10,000 students, faculty and staff were evacuated from the four schools.  Everyone was taken to the football stadium at the respective schools to wait until dismissal or students whose parents came to pick them up were allowed to leave early.  All afternoon activities were cancelled.

LEXINGTON, Ky. (WTVQ) – Building inspection is still underway at one Fayette County high school as the other three have been cleared.

According to Fayette County Public Schools, Paul Laurence Dunbar, Frederick Douglass and Lafayette high schools have been cleared and deemed safe for occupancy.

Officials said students will remain at the stadiums until the end of the school day.

Fayette County Public Schools asking families not to go to campus as they hope to have students back in the building as soon as possible.

Dear Families: All of our students and staff have safely evacuated the buildings and are gathered in the football stadiums. Our law enforcement agency partners have informed us that the complete inspection of our buildings will take several hours. Students will remain at the stadiums until the end of the school day, at which time we will follow regular dismissal procedures. All afterschool activities are cancelled. 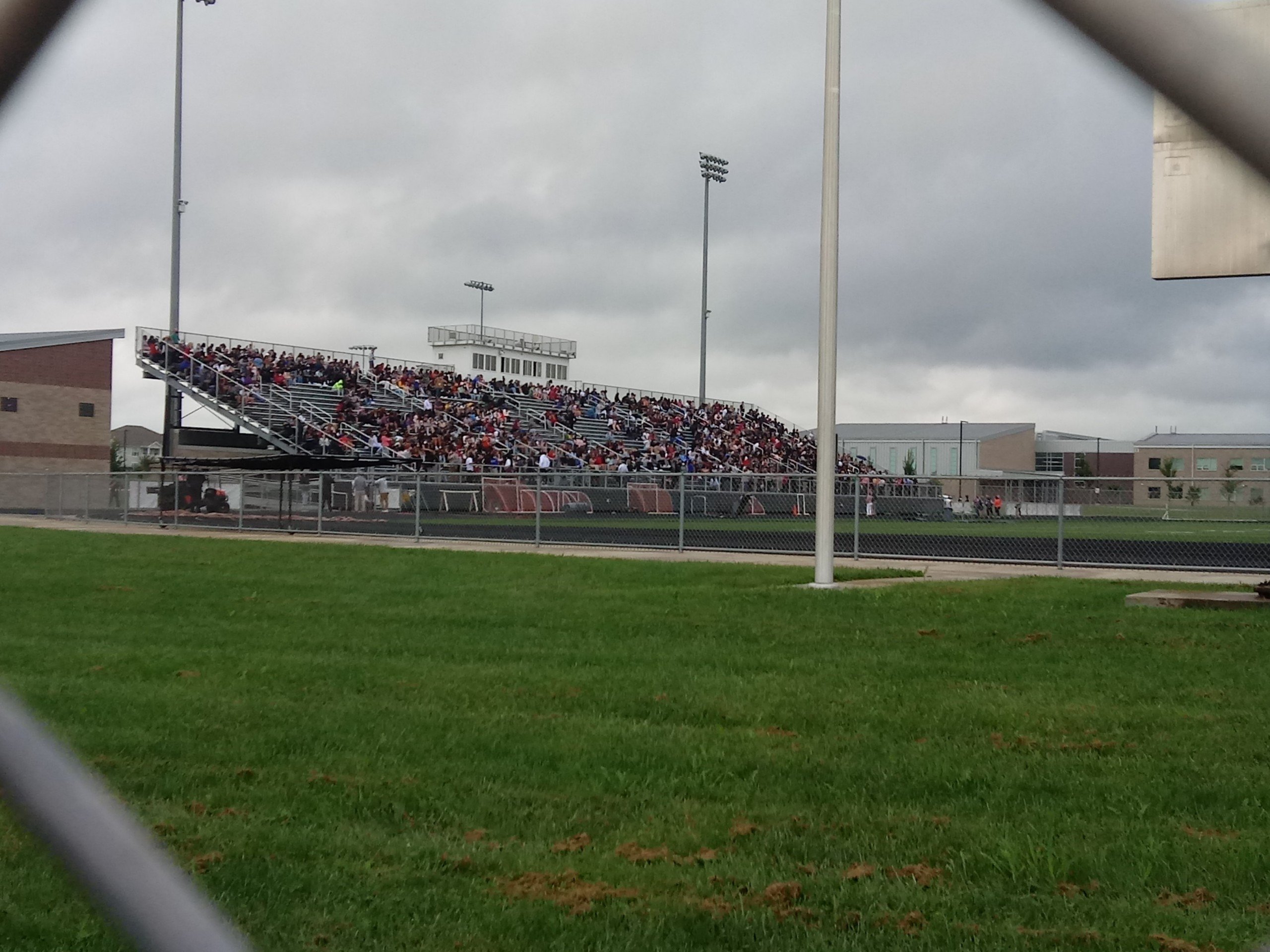 Students in the bleachers at Frederick Douglass High School

Fayette County Public Schools says Frederick Douglass, Henry Clay, Lafayette, and Paul Laurence Dunbar high schools are being evacuated “out of an abundance of caution” after it received bomb threats against those facilities.

The district says law enforcement officers are inspecting the buildings for any potential threat before students and staff will be allowed to return.