Brett Hankison was cleared in shooting during Breonna Taylor raid

LOUISVILLE, Ky. (AP) — The acquittal of an ex-Louisville police officer tied to the botched drug raid that ended with Breonna Taylor’s death is stirring the frustrations of her family and protesters who marched for months in her name.

Taylor’s mother, Tamika Palmer, and other family members sat in on Brett Hankison’s trial for several days in the hopes that the only person charged in the March 13, 2020, raid would be criminally punished.

“To be clear these charges were not for Breonna Taylor but nevertheless he should of been found guilty,” Palmer later wrote in a social media post.

Taylor’s younger sister, Ju’Niyah Palmer, questioned how Hankison could be cleared of wrongdoing.

“It’s like they constantly walk over my sister!” she wrote in a post after the verdict. She lived with Taylor at the time of the raid but was out of town that night.

Taylor’s death loomed over the two-week trial, though prosecutors stressed that it wasn’t about her shooting death or the warrant that brought armed police officers to her door, but rather the threat they said Hankison posed to neighbors when he fired into Taylor’s apartment. Some of the multiple bullets Hankison fired from his gun lodged in the wall of the neighbors’ apartment. 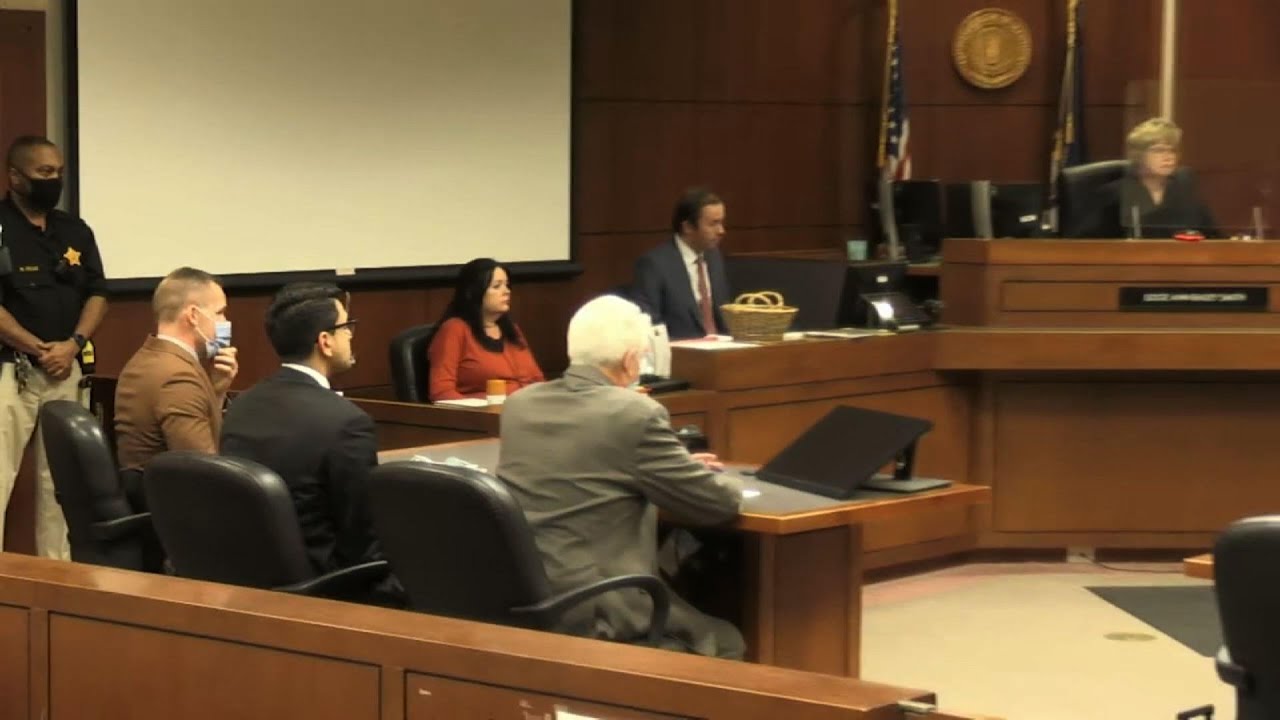 The lone photo of Taylor displayed at the trial was a crime scene exhibit showing her lifeless body at the end of a darkened hallway.

She was fatally shot by two of Hankison’s fellow officers after they broke down her front door and returned fire when her boyfriend fired a handgun. The anger over her death and the process that led armed officers to her door helped spur massive racial injustice protests in the summer of 2020, along with the deaths of Ahmaud Arbery and George Floyd.

Protesters in Louisville have lamented that no one has been charged for Taylor’s death, while the white men who pursued and killed Arbery and the Minneapolis police officer who kneeled on Floyd’s neck were arrested and convicted of crimes.

A few dozen demonstrators held a brief march in Louisville on Thursday night after the jury delivered its verdict in the Hankison case, returning to the public square where they gathered for months in 2020.

“Everybody got justice for 2020 but in Kentucky we can’t even get wanton endangerment charges,” Tyra Walker, co-chair of the Kentucky Alliance Against Racist and Political Repression, said at the gathering.

Louisville’s mayor, who has been heavily criticized over the raid and the conduct of his police department during 2020 protests, said Thursday that the verdict “adds to the frustration and anger of many over the inability to find more accountability” for Taylor’s death.

Lead prosecutor Barbara Maines Whaley told jurors as the trial opened that they were not there to “decide who is responsible for the death of Breonna Taylor.” Instead, Whaley said, they needed to think about Taylor’s neighbor, Cody Etherton, his girlfriend Chelsey Napper and Napper’s young son.

Hankison said on the witness stand during the trial that Taylor’s death was a tragedy and “she didn’t need to die that night,” a statement that prompted Tamika Palmer to storm out of the courtroom. The next day he was found not guilty on three charges of wanton endangerment, a low-level felony that could have landed him in prison for one to five years.

LOUISVILLE, Ky. (AP) – A Kentucky jury has cleared a former police officer who fired shots during the 2020 drug raid that ended in Breonna Taylor’s death.

The jury on Thursday found Brett Hankison not guilty of three counts of wanton endangerment for firing shots that ripped into a neighboring apartment.

A judge handed the case to jurors Thursday after lawyers for the prosecution and defense wrapped up their closing arguments.