LEXINGTON, Ky. (WTVQ) – A call about suspicious behavior turned into a wild afternoon for 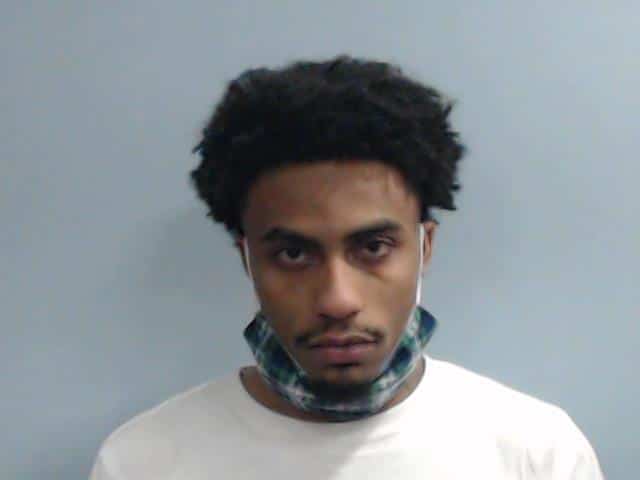 workers in a Lexington office building, not to mention for Lexington Police and the department’s Emergency Response Unit (ERU) as well as visitors to one of the city’s medical complexes.

It started at about 2:15 p.m. when officers were sent to the Mt. Tabor Road area on a call about some people acting suspiciously.

As officers arrived in the area, they spotted a car matching one in the call. The car tried to squeeze between some other cars on Blazer 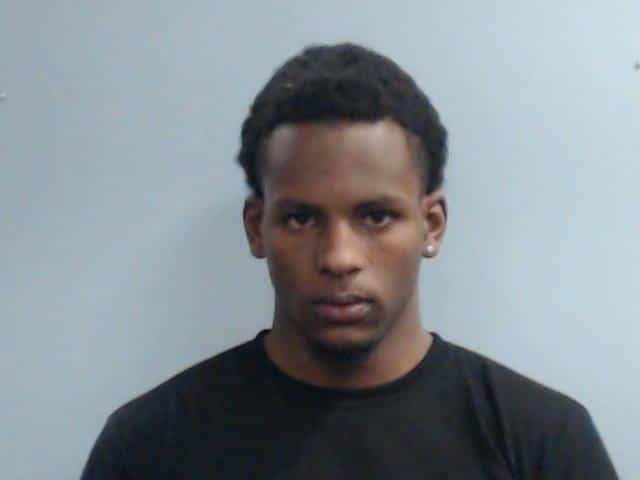 Parkway near Man O’ War Boulevard as they tried to leave the area. Police say the car struck two cars and two people jumped out and ran. Police say the third had a minor injury and was arrested near the wreck.

“In the course of the vehicle fleeing from the officers in the area of Man o’ War and Blazer Parkway, the suspect’s vehicle tried to go between a couple cars in traffic and struck those two cars. They then lost control and kind of disabled the vehicle. Then the three suspects bailed out on foot and it was a foot pursuit 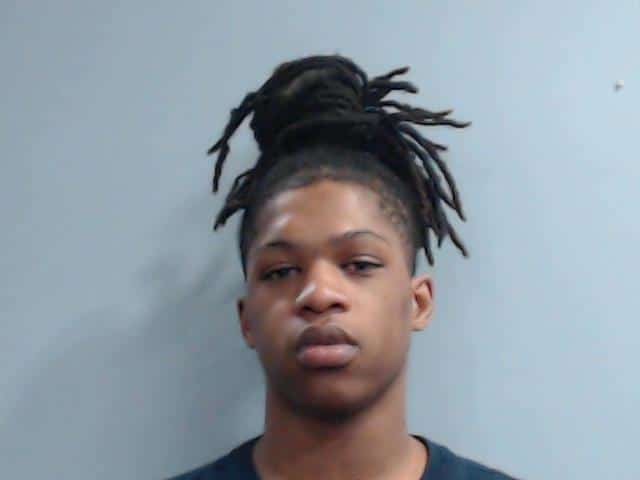 between the officers and the suspects,” Lt. Ronald Keaton said.

“They caught the first suspect and that was the one transported to the hospital earlier,” he added, noting he thought the suspect had an ankle injury. That suspect was later identified by police as 20-year old Quincy Gay.

Police say Gay was charged with Fleeing or Evading Police 1st Degree (on foot); Leaving the Scene of an Accident-Failure to Render Aid or Assistance; Possession of Marijuana; Possession of a Handgun by a Convicted Felon; TBUT or DISP Auto-$10,000 or more but under $1,000,000-Attempted.  He was lodged in the Fayette County Detention Center.

Police say the other two suspects ran into a building at 161 North Eagle Creek Drive across from the Saint Joseph’s Women’s Center.

“Then the other two subjects ran into this building and barricaded themselves inside the building.  I guess once we got inside and narrowed it down to where the suspects were located, we gave them verbal commands to come out and put there hands up and give themselves up and they complied with those demands,” Lt. Keaton said.

Investigators say the two suspects tried to hide in the ceiling of the building. They were identified by police as 21-year-old Deangalo Boone and 23-year-old Daquis Sharp. Both were booked into the Fayette County Detention Center.

Police say Sharp was charged with Burglary 3rd Degree; Fleeing or Evading Police 1st Degree (on foot); Possession of Marijuana; Possession of a Handgun by a Convicted Felon; Leaving the Scene of an Accident-Failure to Render Aid or Assistance

No other injuries were reported.

Police said according to their preliminary investigation, they do not think this incident is at all tied to a shooting earlier in the afternoon in a business parking lot on Woodhill Drive that left one person with life-threatening injuries.

Kasandra Cox works in the building the two suspects ran into and people in her office noticed the police cars filling the parking lot. Then as word spread, there was a serious situation, she says people in the office got uneasy.

“Now it’s like, grab anything you can possibly defend yourself with,” Cox said. “I mean, my other coworker, she grabbed a hammer, one person grabbed scissors, you kind of grab whatever you can.”

As she was experiencing this, she says all kinds of negative thoughts about the possibilities of what was about to happen went through her head. Of course, bringing her to think about her six month old daughter back at home.

“It’s like okay, my daughter, I want to get home to my daughter, like now, that definitely came across my mind,” Cox said.

She said she’s grateful no one was hurt and she’s going to give her daughter some extra cuddles as they go to bed Monday night.

Ex-cop who kneeled on George Floyd’s back gets 3.5-year term