Bank robbery suspects caught after chase, being fired upon

KEAVY, Ky. (WTVQ) –  A chase of bank robbery suspects across two counties ends with local and state law enforcement shooting at the suspects before they were finally stopped and taken into custody.

According to Kentucky State Police, 34-year-old Ronald L. Jones, of Gray, Ky., and 38-year-old Becky L. Hornsby (jail records refer to her as Hoinsby), of Crittenden, Ky., were charged 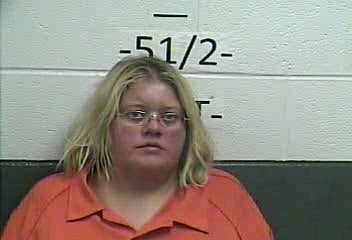 following the wild chase that started following a robbery at about 9:15 Thursday morning at the Community Trust Bank in Williamsburg and finally ended in Laurel County.

The KSP said the preliminary investigation showed that shortly after the bank robbery was reported, troopers spotted a vehicle matching the description of the one used in the bank robbery. Troopers attempted to conduct a traffic stop, but the vehicle failed to yield and a vehicle pursuit was initiated.

The pursuit continued through the Bee Creek community of Whitley County and into Laurel County. Laurel County deputies attempted to stop the vehicle with tire deflation devices, but were unsuccessful.

As the pursuit approached the intersection KY 312 and KY 192, the suspect vehicle left the roadway traveling into a field to avoid the deputies. Perceiving a threat, deputies fired into the car, but neither occupant was hit, according to the KSP statement

The pursuit continued onto KY 363 where a trooper successfully used “legal intervention” to end the pursuit before it reached a more populated area, the KSP said.

Jones and Hornsby were taken into custody without further incident.

The Williamsburg Police Department, in conjunction with the Federal Bureau of Investigation, are continuing the investigation into the bank robbery and more charges are expected.

The investigation into the shooting is being led by KSP Sergeant Duane Foley. He was assisted at the scene by Post 11 personnel, the KSP Critical Incident Response Team, and the Laurel County Sheriff’s Office.