Hillbilly Hibachi says on its Facebook page it had the standing cut-out made of the Louisa-native, who was kind enough to sign it during his trip back home this week.  Marcum Custom Graphic made the cut-out.

Thompson performed at the high school Tuesday during a surprise visit.  A parade was also held in his honor leading up to his free hometown outdoor concert Tuesday evening.

He’s now preparing for the season finale of American Idol as one of three finalists.  The show airs on ABC 36 this Sunday, May 22 at 8:00 p.m. EDT 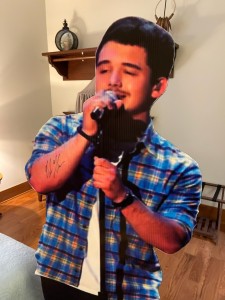 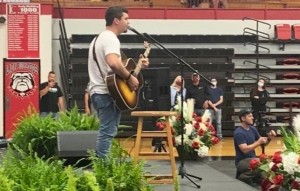 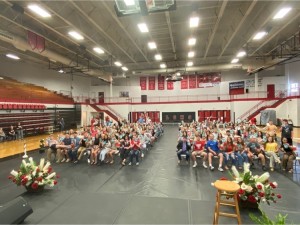 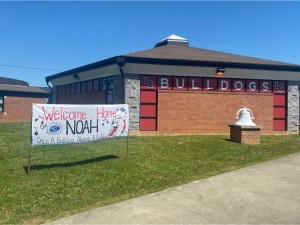