MERCER COUNTY, Ky. (WTVQ) – The Mercer County Sheriff’s Office says it, along with other law enforcement agencies, are searching for a drug trafficking suspect considered to be armed and dangerous.

The sheriff says Christopher Lee Harlan has multiple warrants out of the county.

Among his charges, trafficking Fentanyl/Carfentanil and heroin.

The Harrodsburg Police Department also has several charges pending against him, according to the sheriff.

A post on the Mercer County Sheriff’s Office’s Facebook page warns Harlan “is to be considered ARMED & DANGEROUS. Do not approach this individual if you see him.”

The sheriff says Harlan is a Danville native but he is known to frequent Mercer County.

Mercer County Crime Stoppers is offering a reward of up to $1,000 for Harlan’s arrest. 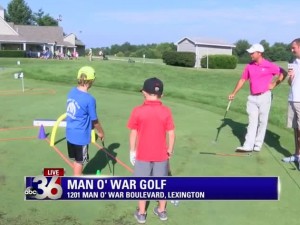