UPDATE: Ohio man killed in Rockcastle County accident on I-75

ROCKCASTLE COUNTY, Ky. (WTVQ) – A 56-year-old Ohio man was killed early Thursday morning when the car he was driving was struck by an 18-wheeler on I-75 southbound.

Drugs and alcohol are not suspected factors in the crash.

Thornton was pronounced dead on the scene by the Rockcastle County Coroner’s office.

Traffic continues to be redirected at exit 76 in Berea to US25 south as emergency and clean-up crews continues working at the scene for debris removal. That could continue until 2 p.m. or later.

MT. VERNON, Ky. (WTVQ) – At least one person has been killed and accident 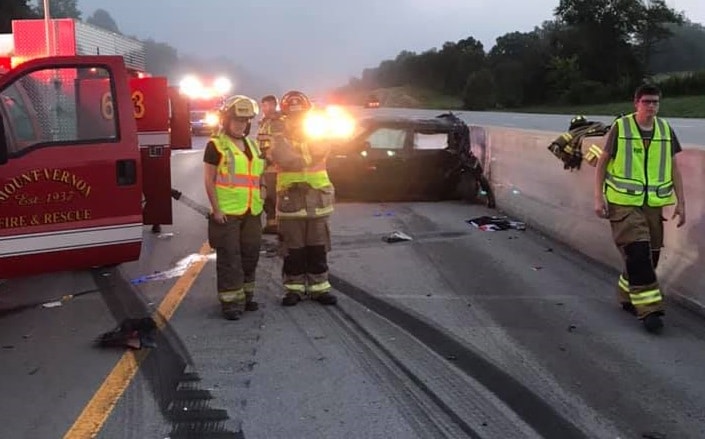 reconstructionists still are working a three-vehicle accident on I-75 southbound in Rockcastle County.

According to the Mt. Vernon Fire Department, the crash happened at about 5 a.m. at the 68 mile marker and involved an 18-wheeler and two other vehicles, both of which were heavily damaged after being struck by the big rig.

All lanes remain blocked as of 8:30 a.m. Southbound traffic is being diverted at exit 76 at 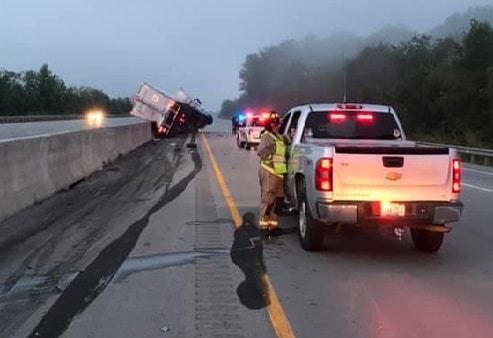 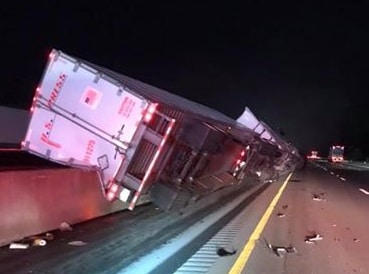 Berea to U.S. Highway 25 and then back on at exit 62 at Mt. Vernon-Renfro Valley.

Details about the perso who died or the other drivers have not been released.