“Both ARH and Paul B. Hall have long histories with strong teams of dedicated and compassionate healthcare professionals. We are excited to welcome the nearly 250 team 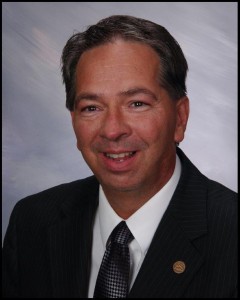 members at Paintsville into the ARH family and look forward to expanding ARH services in the Big Sandy region,” said ARH President and CEO Hollie Phillips. “As a member of the ARH system, the hospital will benefit from the collective stability and strength of our multi-hospital system while continuing to provide the exceptional level of care for which it has consistently been recognized over the years.”

The announcement of the purchase was initially made in September.

Rocky Massey, who has served as Community CEO for ARH hospitals in West Virginia and has been heavily involved in the acquisition team for the purchase of Paul B. Hall, has stepped into the role as Interim Community CEO for Paintsville ARH Hospital.

He has spent the past several months in Paintsville heavily involved with the acquisition team and getting to know the employees and medical staff there.

“As a part of the ARH system, the future of Paul B. Hall Regional Medical Center is full of potential and this location will allow for the additional growth of ARH’s services in the Big Sandy Region,” said ARH President and CEO Hollie Phillips. “To achieve this, the hospital will need strong, experienced leadership to transition it and the nearly 250 new Team Members it will bring into the ARH family. Rocky was a natural choice for this very important role.”

“I am both honored and excited to take on this important responsibility of bringing these employees and the Paintsville community into the ARH family,” Massey said. “After more than 40 years at ARH, I have a story to tell, and I think the newest members of our ARH family will be able to relate to it. I am confident my time in Paintsville will be valuable to the team there as they begin to navigate becoming a part of a local multi-hospital system such as ARH, and it will be rewarding for me as well.”

Massey began healthcare career in 1981 with ARH as a Radiologic Technologist. He trained at Wake Forest University to earn Ultrasound Registration in 1992, and earned a Master of Science in Management with emphasis Health Care Administration from Marshall University in 1997.

ARH employs more than 6,000 people with an annual payroll and benefits of $330 million generated into our local economies. ARH also has a network of more than 600 active and courtesy medical staff members. ARH is the largest provider of care and single largest employer in southeastern Kentucky and the third largest private employer in southern West Virginia.

The purchase, subject to customary approvals and closing conditions, is expected to be completed within the next 70 days with ARH assuming day-to-day operations on Dec. 1.

“For 65 years, ARH has cared for central Appalachia, and we continue to grow to meet this community’s unique needs,” said ARH President and CEO Hollie Harris Phillips. “We look forward to welcoming Paul B. Hall into our system of care and working together to expand health care services for southeastern Kentucky.”

ARH employs around 6,000 people with an annual payroll and benefits of $330 million generated into our local economies. ARH also has a network of more than 600 active and courtesy medical staff members.

The hospital has been awarded Joint Commission Top Performer distinction four years in a row. Paul B. Hall Regional Medical Center is directly or indirectly owned by a partnership that proudly includes physician owners, including certain members of the hospital’s medical staff.