After strong thunderstorms impacted the region Wednesday evening, another day of severe weather is possible on Thursday 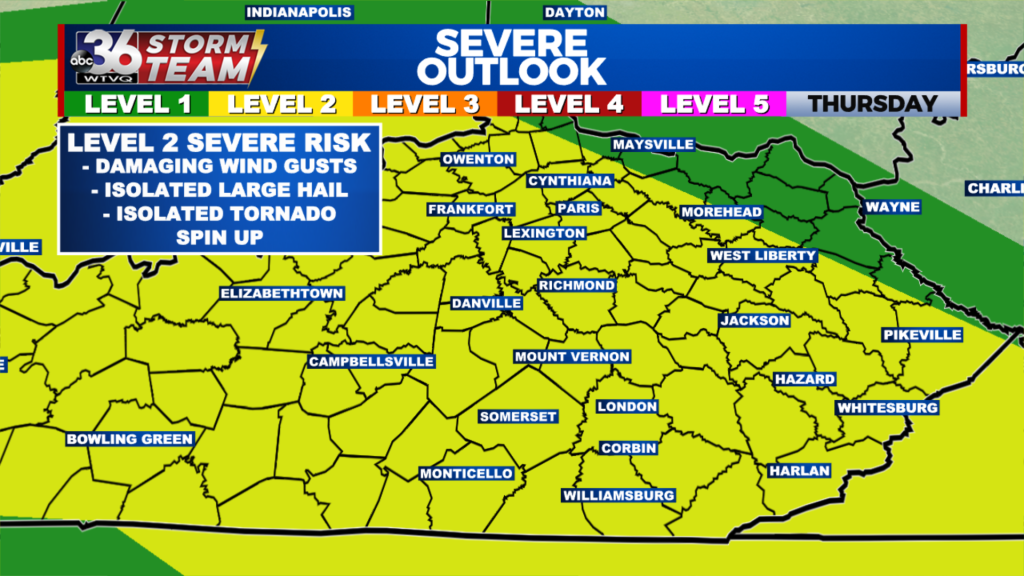 Strong thunderstorms moved through southern Kentucky Wednesday evening causing wind damage and dropping up to half-dollar sized hail. These storms also triggered multiple tornado warnings. Though no tornadoes have been confirmed as of Thursday morning, a wall cloud was reported near Somerset in Pulaski County. If you have any photos of the the storms from Wednesday evening be sure to post them in the ABC 36 Weather Watchers Facebook Group. 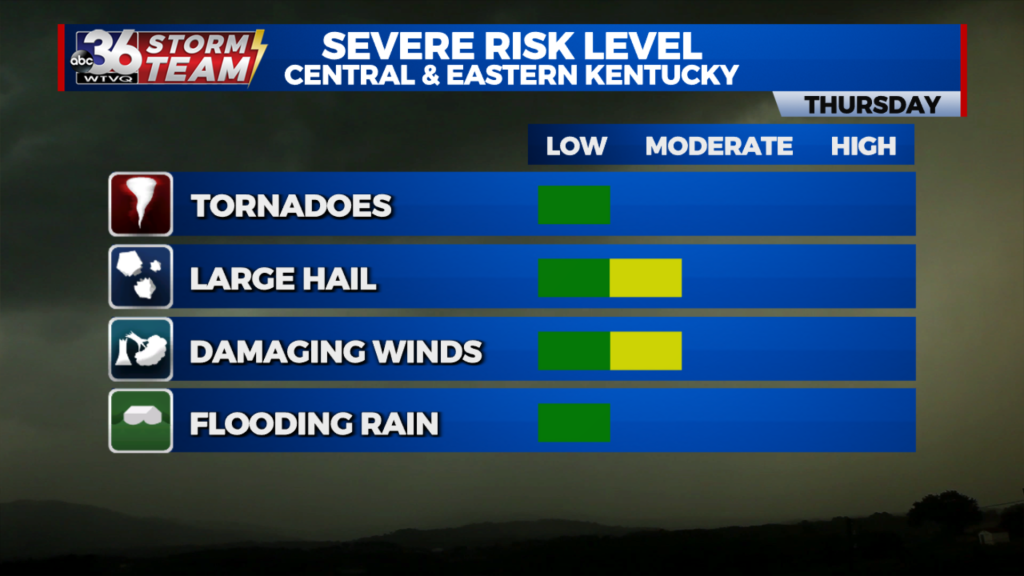 The majority of the central and eastern Kentucky has a Level 2 Severe Risk for Thursday. Damaging wind gusts and large hail are the primary severe threats, while an isolated spin-up tornado is possible. Isolated flooding will be possible in areas that received heavy rain on Wednesday as well. The best time for severe weather will be during the late afternoon and evening. Storms will be developing in western/central Kentucky and moving eastward. 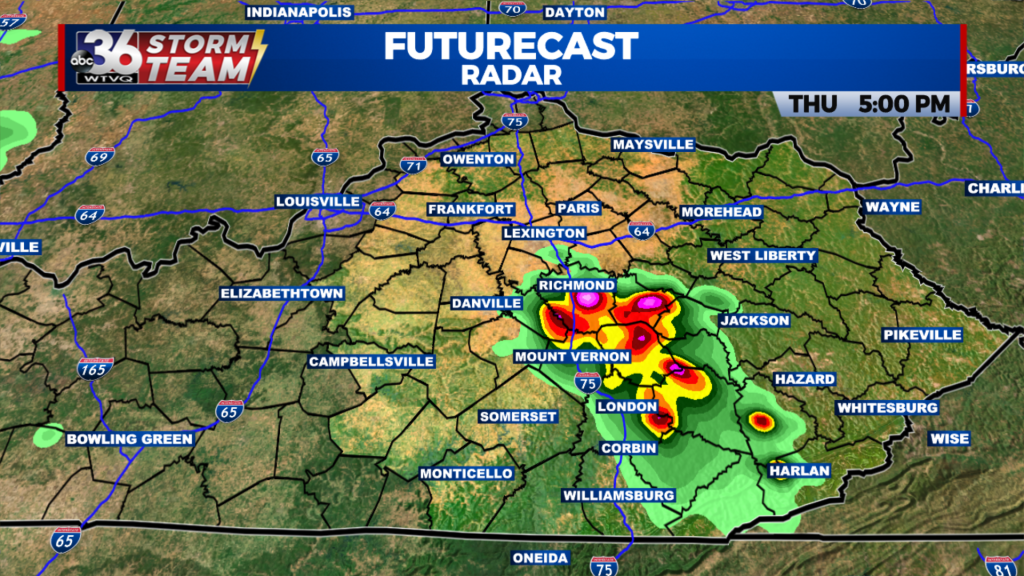 Make sure you are “Weather Aware” Thursday and stay with the ABC 36 Storm Team for the latest details.