LEXINGTON, Ky. (WTVQ) – A stubborn fire in a large mulch pile and a fire in a dumpster kept Lexington fire crews busy Friday.

According to Battalion Chief Jordan Saas, at about 1:45 p.m. Friday, fire crews responded to building 3 at Amazon at 1850 Mercer Road to what initially was reported as a fire inside the building.

But when crews arrived they found no smoke or flames. Further investigation revealed haze of smoke and a “relatively small fire” in a dumpster. It was quickly extinguished with no injuries.

At about 11:30 a.m. Friday, crews were called to the 1400 block of Cahill Drive for a large mulch pile on fire. Crews have remained on the scene until this afternoon using heavy equipment to try to move the pile around and get all the fire out. 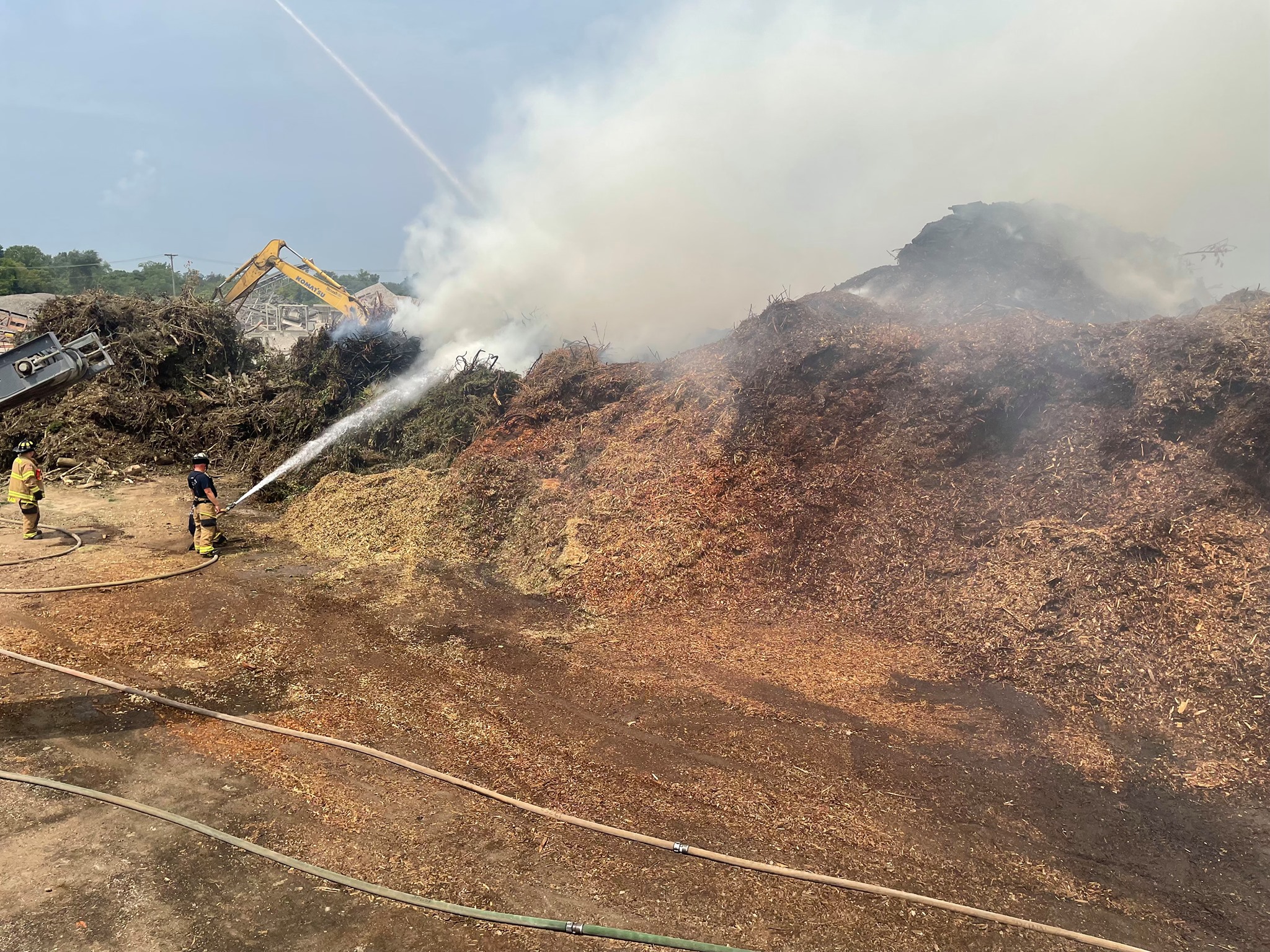 Firefighters also had to use shuttle operations to bring water to the scene.

Crews will remain on scene for at least several more hours with no estimated completion time. No injuries have been reported and there should be little to no impact on traffic.