LEXINGTON, Ky. (WTVQ) – The University of Kentucky violated the state’s open records law when it denied a request by ESPN for employee expense reports related to the investigation of UK’s cheerleading team, according to an opinion signed by Attorney General Daniel Cameron and Assistant Attorney General James Herrick.

However, the university did not violate another request when it said it didn’t have the requested records and ESPN couldn’t offer evidence to the contrary.

Thursday, the attorney general’s office ruled the University, “failed to respond to two open records requests within the statutory time period. The University violated the Open Records Act (“the Act”) by withholding employee expense reports under KRS.” The ruling added, “The University did not violate the Act by failing to provide records it did not possess.”

The University said it is reviewing the ruling before deciding its next step.

“We are reviewing the Attorney General’s opinion and will decide next steps in the coming weeks. As to the specifics of the story here, there are a couple of issues. One, some of the financial information requested we consider to be preliminary as it is part of an ongoing audit being conducted of the program. The final audit, of course, would be a matter of public record,” UK spokesperson Jay Blanton said.

“I don’t, though, have a specific timeframe at this point for its completion. The second issue is around the volume of records requested. Traditionally, when someone makes a request, if the volume requested is significant, we work to keep the person requesting the records (whether a reporter or someone else) informed of our progress, while records in question are being pulled and reviewed before being released. That has been the case here.

“We’ve tried to keep the reporter informed of our progress throughout. We likely receive more open records request than virtually any other public entity or institution in the state. We also have a very small staff that processes and reviews all these records. That has been further complicated during the virus as much or most of our legal review staff has been working remotely. It is always our goal to be responsive and transparent. The vast majority of requests we receive are handled and processed quickly and responsively. In those instances where we need more time, we try to keep everyone informed,” Blanton concluded.

On the same date, ESPN made a separate request for credit card statements of certain students to whom the University had issued prepaid credit cards. The University initially denied both requests, according to the attorney general, citing the University was, “conducting an ongoing internal investigation of its cheerleading program, to which the records related.”

On July 1, ESPN made a renewed request for the same records, asking the University to reconsider its position. According to the ruling, the University reiterated its stance.

Normally, a public agency must respond to an open records request within three business days. Due to the pandemic, the General Assembly modified that requirement to say, “a public agency shall respond to the request to inspect or receive copies of public records within 10 days of its receipt.”

Furthermore, the ruling states the University, “merely asserts that the expense reports are relevant to an ongoing internal investigation, and cites this Office’s decision in 20-ORD-21.” In that appeal, the requester sought “any and all records… pertaining to” an investigation. The attorney general also added, “those records consisted entirely of either initiating complaints or records generated as part of that.”

The University also failed to carry its burden of proof that the records are exempt as preliminary recommendations, according to Cameron, and therefore “violated the Act by withholding the requested expense reports.”

ABC36 has reached out to UK for a comment. 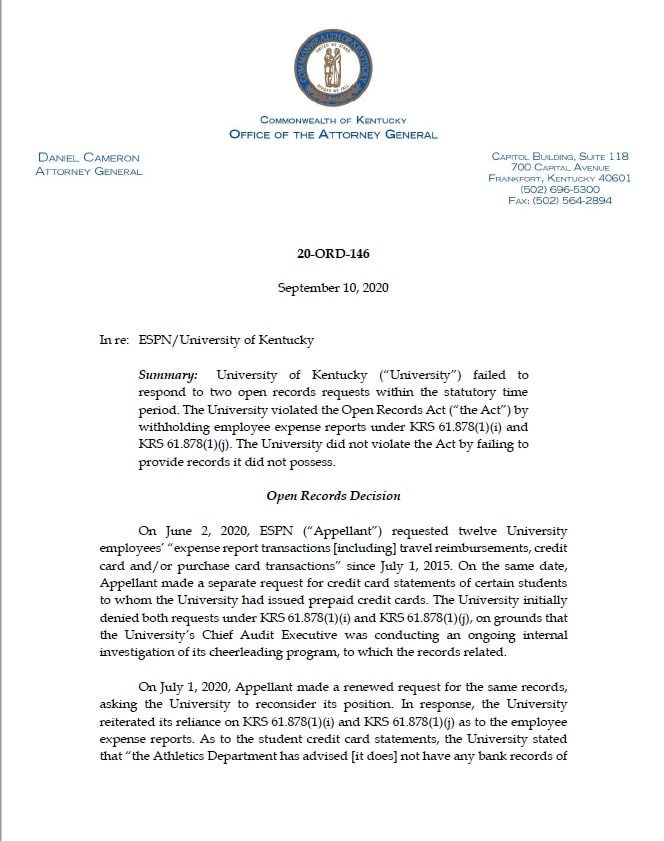 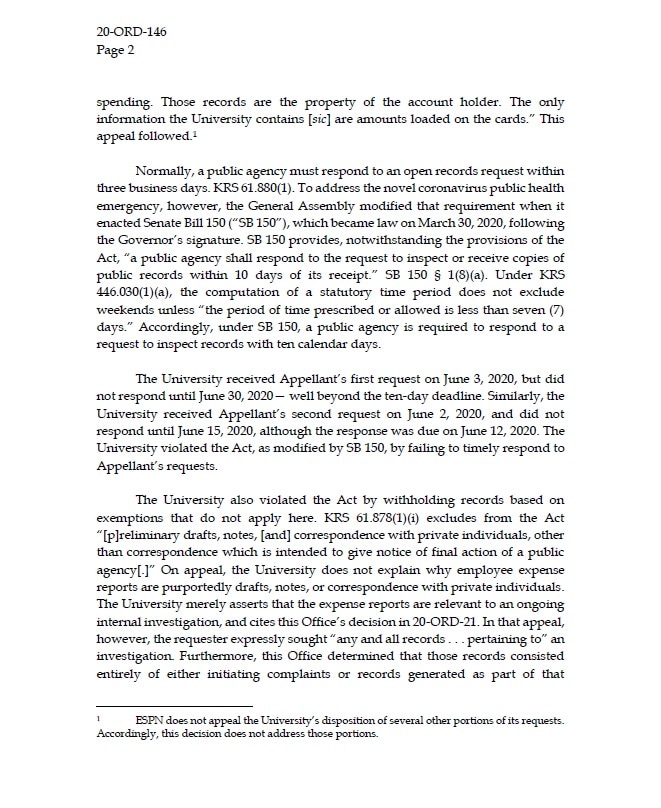 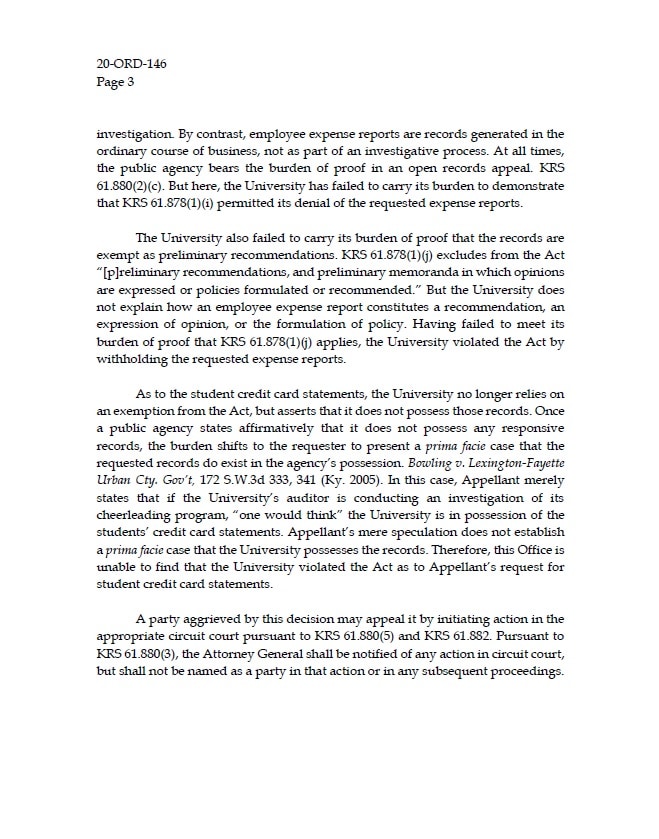 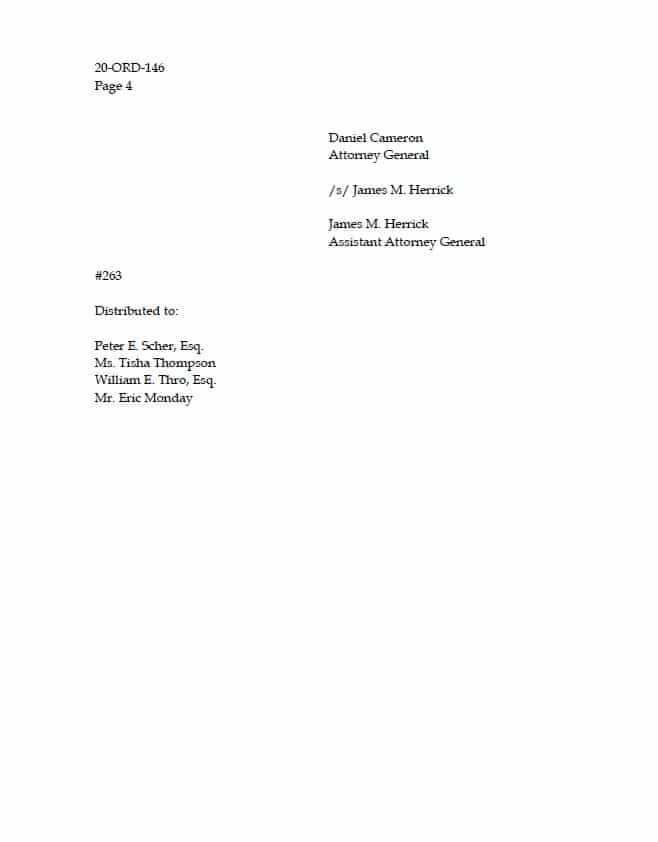