Active weather for the first full week of April

Showers and storms return to the forecast midweek, with winter-like cold on the way to start the weekend

Hope you were able to enjoy the calm weather on Sunday because active weather returns for the workweek. We are tracking three separate disturbances that will impact the region.

A few showers on Monday will be the precursor to a heavier rain chance during the midday and afternoon hours on Tuesday. Overall, severe weather and flooding rain isn’t expected during the day on Tuesday. We could see a few heavier showers but that likely won’t lead to flooding conditions. 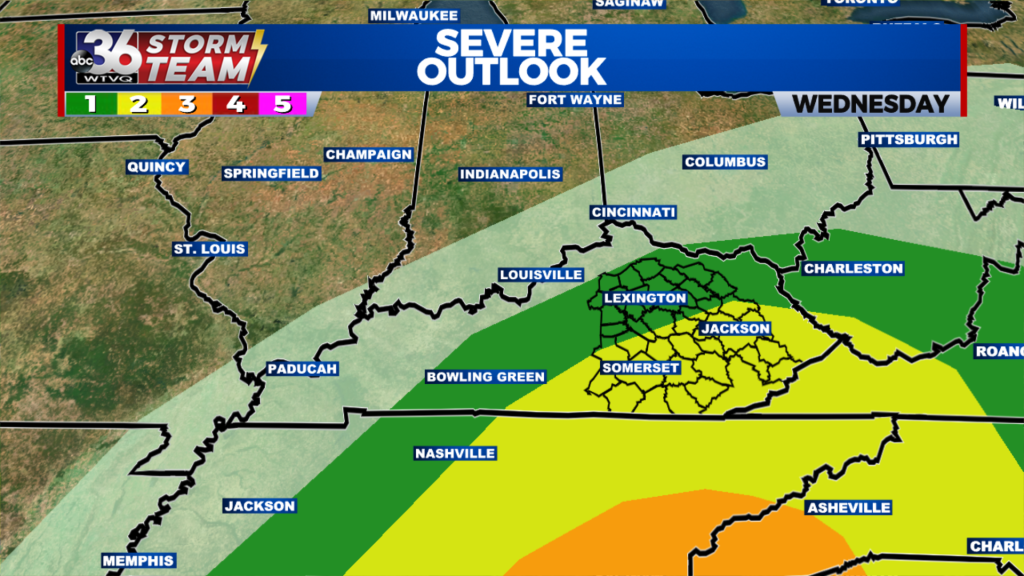 Wednesday is that that we are watching for a severe weather risk. A cold front will be pushing through the region during the day, leading to the development of strong-to-severe storms ahead of the front in the 2nd half of the day. Southeast Kentucky is already included a Level 2 (Slight) Risk for severe weather. The northern half of the viewing area is included in a Level 1 (Marginal) Risk for severe weather. The top threat severe threat as of Monday morning is the threat of damaging wind gusts within a line of storms ahead of the cold front. There could also be a quick spin-up tornado risk, mainly in southern Kentucky southward into eastern Tennessee. 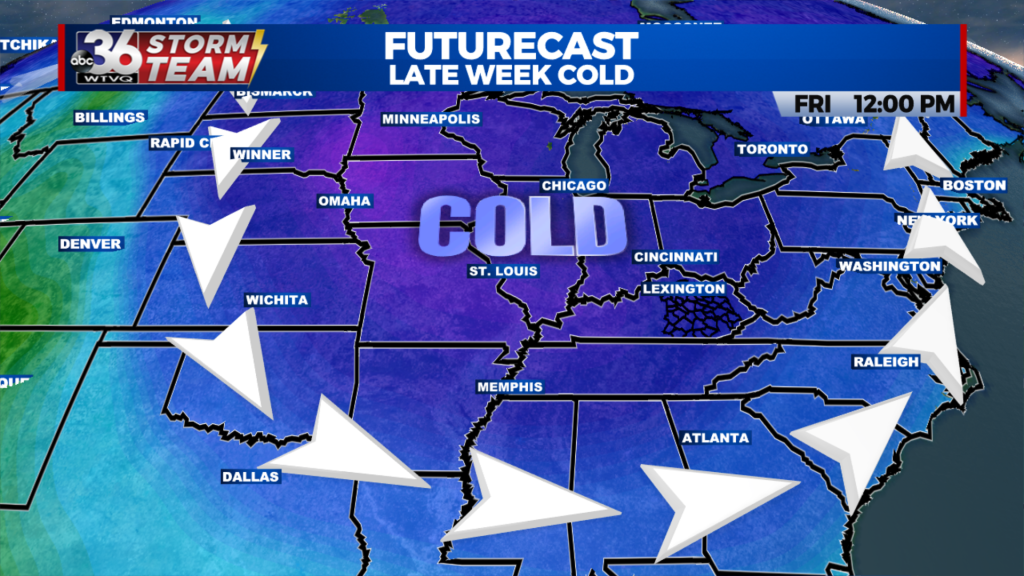 A brief break in the active weather is expected for much of Thursday outside a few showers. Cold air surges back into the region late Thursday night into Friday. This will be accompanied by cold rain showers and even a few snowflakes on Friday into Saturday. Temperatures will be close to 20-25 degrees below average as afternoon highs will struggle to reach the low-t0-mid 40s.