Michael Reid is charged with stealing jewelry from stores in Lexington, Georgetown, Richmond and Louisville

GEORGETOWN, Ky. (WTVQ) – A man is accused of stealing more than $200,000 in jewelry from Kohl’s and other stores in Lexington, Georgetown, Richmond and Louisville, according to Georgetown Police.

Michael Reid was arrested Saturday after a report of a shoplifter at the Kohl’s in Scott County and taken to the Scott County Detention Center, according to investigators. 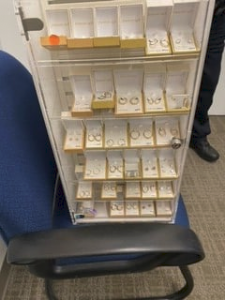