Sponsored by Rep. Chris Freeland, of Benton, the bill honors the lives of the two 15-year-old victims of the tragic shooting at Marshall County High School in 2018.

“Far too often the victims of a violent crime are further victimized by the unnecessary release of video and photographs of the crime and crime scene. It’s unfortunate that a law like this is necessary, but I appreciate my fellow legislators and the Governor for stepping up for Kentuckians like Bailey Holt, Preston Cope, and all other victims of violent, senseless crimes,” Freeland said.

The measure, filed by Freeland as HB 273, amends the Open Records Act to exclude photographs and videos of a person’s death, killing, rape, or assault used in court proceedings from being available to the public after their use in court.

“Representative Freeland worked hard to make sure that everyone understood this bill wasn’t about limiting transparency, but instead about the rights of crime victims,” House Speaker David Osborne added.

It includes necessary exceptions, including when the victim or their immediate family request it, for insurance purposes, or with the intent to investigate official misconduct. The bill specifically prohibits a person accused or convicted of the crime from viewing the images or videos.

“I am so proud that this legislature stands with the Cope and Holt families and this community and that we have drawn the line against the use of these videos and photos to cause further harm and heartbreak,” Freeland added.

To view the bill in its entirety, visit legislature.ky.gov.

In addition, victims of childhood sexual assault and other sexual offenses will have greater 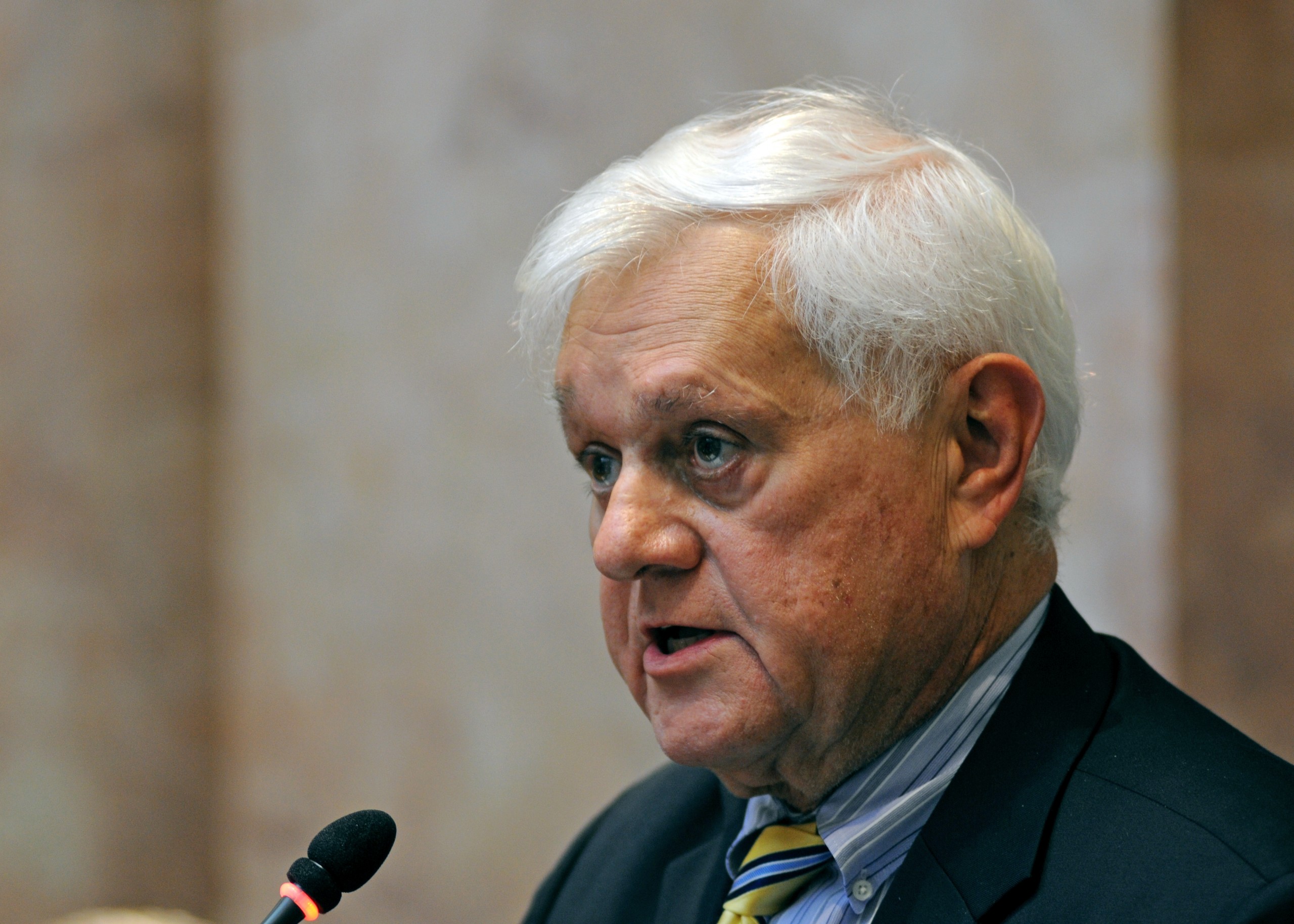 Rep. Lynn Bechler, R-Marion, presents HB 472 which extends the statute of limitations for misdemeanor sex offenses in criminal and civil cases, allowing more time for victims to report the crime.

ability to hold those responsible accountable for the crime after HB 472 was signed into law by Beshear.

The measure, sponsored by Representative Lynn Bechler, extends the statute of limitations for misdemeanor sex offenses in criminal and civil cases, allowing more time for victims to report the crime.

“As society has come to understand more about the physical, emotional and psychological effects of sexual abuse, we need to acknowledge these effects as reasons why the victim may not immediately report the crime,” said Bechler, who represents Caldwell, Crittenden, and Livingston counties and a portion of Christian County. “Our laws need to evolve as our understanding of these crimes and their effect evolve.”

Bechler referred to the increased understanding of how abuse victims cope with the trauma associated with sexual abuse as multiple studies show that most children who experience sexual abuse do not disclose it, or significantly delay reporting it.

“Sexual abuse of any kind is abhorrent, but sexual abuse of minors is incomprehensible,” Bechler said. “My goal in introducing this measure is to help the victims and to hold perpetrators accountable.”

Also, law enforcement agencies across the state received a powerful tool in their efforts to 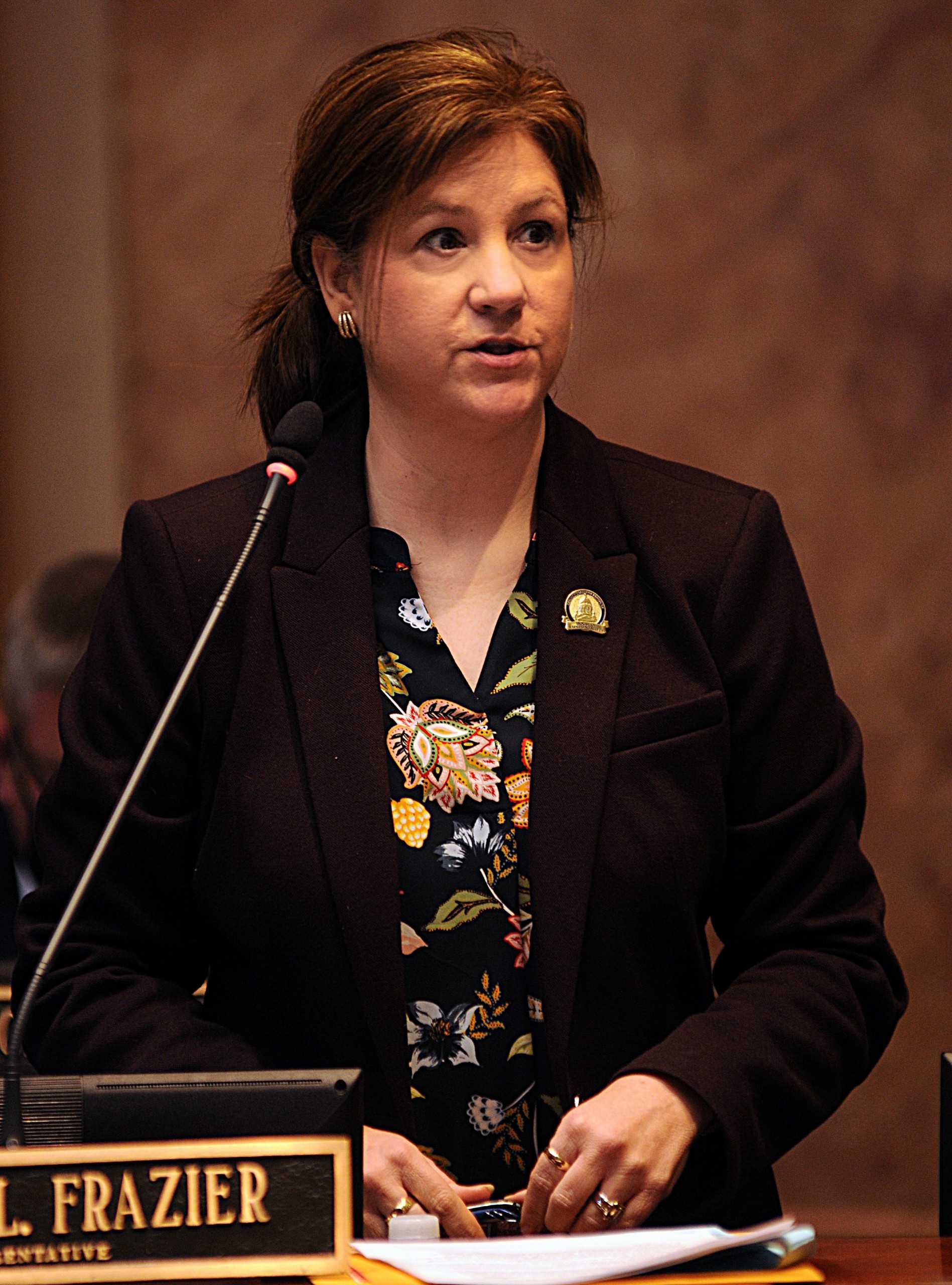 locate missing persons after a bill sponsored by Representative Deanna Frazier was signed into law by Beshear on Tuesday.

HB 105 provides local law enforcement access to the electronic highway signs administered by the Kentucky Department of Transportation.  The measure is sponsored by Representative Deanna Frazier of Richmond.

“We are one step closer to ensuring that families know that every resource is being used to aid in the recovery and search of a loved one,” said Frazier, who represents a portion of Madison County in the State House. “When this happens, they’re in crisis with a short window of time to find them and bring them back to safety. Every single minute counts.”

Frazier filed the bill in honor of Fred Warner, a 79-year old Madison County man with dementia who disappeared in December of 2016. While searching for their missing father, the Warner family found that bureaucratic red tape prevented them from using highway information signs otherwise used for Amber Alerts. While they were unable to find their father in time, his family hopes that this measure will help other families during their time of need.

Frazier’s bill would allow local law enforcement to use any additional resources, including the amber alert system, law enforcement communication system, Integrated Public Alert, and Warning System in their search of a missing person. The measure would also require the agency searching for a missing person to contact appropriate agencies within four hours of receiving the report.

“This is a simple, common sense change that should save lives across our state. I am proud to sponsor this legislation and appreciate the bipartisan support it received in the House and Senate and thank the Governor for signing the measure into law. The people of my district sent me to Frankfort to represent their values and priorities, and this bill does just that,” Frazier added.

HB 105 will take effect in June, allowing the state to put a process and policies into place as well as inform various agencies. To view the bill in its entirety, please visit legislature.ky.gov.

On another bill, with the stroke of a pen, the Kentucky legislature and Governor delivered a 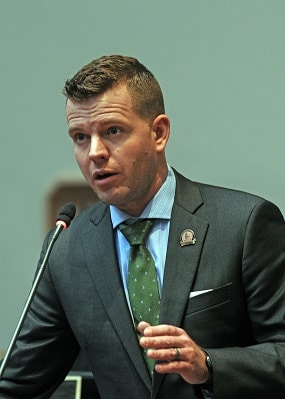 clear message to those who might possess, view, or distribute sexually explicit material portraying minors – get caught and you will go to jail. The bill, HB 254, raises the penalty for possessing, viewing or wantonly distributing matter portraying a sexual performance by a minor under the age of 12 years to a class C felony. The measure is sponsored by Representative Derek Lewis of London.

“As a father, this issue is particularly meaningful because we know that child sexual abuse exists in epidemic proportions. These materials normalize sick, inhumane acts, further victimize young children and cause irreparable harm to our most vulnerable,” Lewis said. “HB 254 helps us fight child abuse and human trafficking, it is high time we stepped up to provide law enforcement with more resources.”

Under the provisions of HB 254, offenders who wantonly distribute this matter will be charged with a class C felony for the first offense, and a class B felony for each subsequent offense.

“I am extremely grateful for the bipartisan support this bill received in both the House and Senate, and I appreciate the Governor signing it into law. Our law enforcement community works tirelessly to identify, arrest, and prosecute those who take advantage of our most vulnerable. HB 254 gives them greater tools in their work to keep these severely troubled people off the streets,” Lewis added. “I am proud to sponsor this bipartisan legislation and grateful to Heather Wagers from the Attorney General’s office for her help on this issue.”

“We are committed to fighting back against child exploitation in Kentucky, and the bipartisan passage of House Bill 254 allows us to further protect Kentucky’s children by enhancing penalties against predators who possess, view, or distribute child sexual abuse material of a minor under 12,” said Attorney General Cameron. “I appreciate the work of Representative Derek Lewis, each of the bill’s co-sponsors, and members of the House of Representatives for unanimously passing this important piece of legislation.”

To view the legislation in its entirety, please visit legislature.ky.gov

EKU secures come from behind win over Kennesaw State

Henry Clay gets the win against East Jessamine