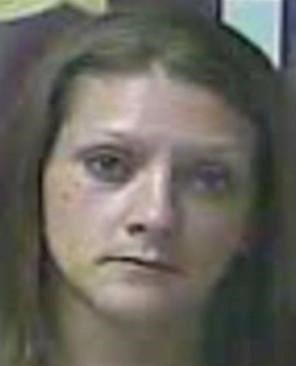 when the car in which she is riding is broadsided by a truck.

According to the Madison County Sheriff’s Department, Lyndsey Cook was pronounced dead at the University of Kentucky Medical Center where she was taken following the accident at about 8:48 p.m. Saturday.

A 1995 Ford Crown Victoria driven by 30-year-old Lauren Arnold was northbound on Highway 25 — Berea Road — when Arnold tried to turn left into Cannon Corner Citgo, the sheriff’s department said in a release.

The car turned into the path of a southbound 2011 Chevrolet Silverado truck driven by 32-year-old Justin Engell, of Tyner, Ky.

The truck struck the Crown Victoria in the passenger side, according to the release.

Cook and 25-year-old Kayela Boone, of Berea, were passengers in the Crown Victoria. Arnold and Boone were treated at University of Kentucky Medical Center for minor injuries, according tom the release, but Cook was pronounced dead there by the Fayette County Coroner’s Office.

Engell was not injured, according to the release.

No charges have been filed as of Monday morning as the collision remains under investigation by Madison County Deputy Blake Arnett and the Richmond Police Department Collision Reconstruction Unit.