Michael Lemond, one of the men accused of shooting into a home and blinding 5-year-old Malakai Roberts, refused transport from jail to court for a status hearing

LEXINGTON, Ky. (WTVQ) – A man accused of shooting into a home in Lexington in 2020 and blinding a five year old refused transport from jail to court on Friday morning.

Michael Lemond, whose status hearing was scheduled for Friday, did not appear, though his lawyer and the other man charged, Teyo Wait and his lawyer, did appear.

As we’ve reporter, Lexington Police charged the two men in connection the shooting in 2020. They were 18 at the time.

According to the Lexington Herald-Leader, Lemond got into an argument on social media with another person and he, along with Waite, are accused of going to what they thought was that person’s home and shooting. Police say the two had the wrong home, instead shooting into the house of 5-year-old Malakai Roberts, who was sleeping. Roberts was shot in the head and his mother was injured.

Lemond’s next review is scheduled for September 9.

LEXINGTON, Ky. (WTVQ) – A 5-year-old boy is permanently blind because two men shot into the wrong home. That’s according to a detective who took the stand today in a hearing for the suspects accused in a 2020 shooting.

A report from the Lexington-Herald Leader said Detective Jordan Tyree told the court that Michael Lemond, 18, got into an argument on social media with another person. Then he, along with Teyo Waite, went to what they thought was that person’s home and began shooting.

But, the detective says the two got the wrong address and fired into the home where 5-year-old Malakai Roberts was sleeping. Roberts was shot in the head, leaving him blind. Malakai’s mom was hit in the arm with the same bullet.

The detective said the intended target lived next door.

LEXINGTON, Ky. (WTVQ) – Lexington Police have charged a second 18-year old in connection to a shooting that left a then 5-year-old boy, blind.

Waite was lodged in the Fayette County Detention Center.

Detectives are asking anyone with information in this case, to contact Lexington Police by calling (859) 258-3600.

LEXINGTON, Ky. (WTVQ) – An 18-year-old already charged with one gun-related rampage now has been charged with another shooting that left a young boy, who was 5 at the time, blind.

Michael Lemond was served Wednesday with new warrants charging him with two counts of first-degree assault and two counts of wanton endangerment in connection with the Dec. 21, 2020 shooting on Catera Drive that left Malakai Roberts blind. His mother, Lacy Roberts, also was injured when bullets went through the wall of their apartment.

Malakai was permanently blinded by a bullet that hit him in the head.

Two other people almost were struck by the gunfire, according to arrest citations.

Lemond has been in jail since May 28 on a long list of violence-related charges. His bond is set at $50,500 cash in those cases. No bond has been set in the new charges.

The other shooting involved his mother on May 23. Court records allege Lemond hit his mother, then shot at her during a fight. Police caught up with him few days later and said at the time he fled from them, crashing into a home and hitting several vehicles on Cambridge Drive.

In the May cases, he is charged with two counts of first-degree assault, carrying a concealed weapon, fleeing police, and five counts of wanton endangerment, among other things, according to jail records. 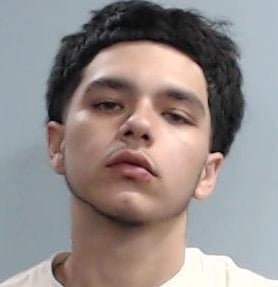