Zelenskyy’s livestreamed address into the U.S. Capitol will be among the most important in a unique and very public strategy in his fight to stop Russia.

Invoking Winston Churchill and Hamlet last week, he asked the British House of Commons whether Ukraine is “to be or not to be.” On Tuesday, he appealed to “Dear Justin” as he addressed the Canadian Parliament and Prime Minister Trudeau. Appearing in his now trademark army green T-shirt, Zelenskyy called on European Union leaders at the start of the war to do the politically unthinkable and fast-track Ukraine’s membership — and he has continued to push for more help to save his young democracy than world leaders have so far pledged to do.

“It was a man showing leadership while at the same time keeping his calm in the toughest of circumstances,” said Dutch Prime Minister Mark Rutte about the address to the Europeans. “I have to say, it had an enormous impact on all the leaders.” 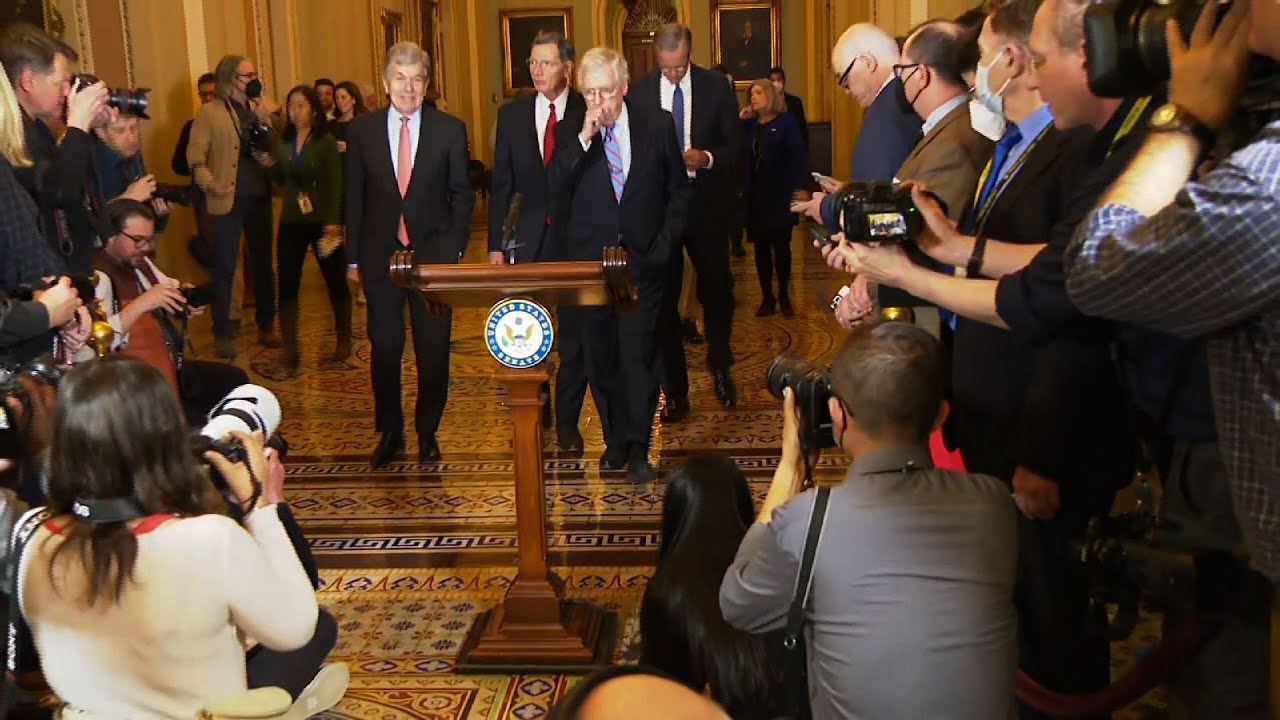 Nearing the three-week mark in an ever-escalating war, Zelenskyy has used his public campaign to help ensure a global spotlight that might have faded amid the coronavirus pandemic and fatigue after the end of the long U.S. war in Afghanistan.

Instead, Zelenskyy’s video appearances are beaming the boyish but unshaven president into households and smartphones around the world as he speaks from undisclosed locations in Kyiv while Russia bombards his country, a heroic figure at the center of what many view as the biggest security threat to Europe since World War II. Almost 3 million refugees have fled Ukraine, the fastest exodus in modern times.

When Zelenskyy is live-streamed into the U.S. Capitol, his speech could very likely put him at odds with President Joe Biden, who has stopped short of providing a no-fly zone or facilitating the transfer of military planes from neighboring Poland that Zelenksyy has been pleading for since the outbreak of the war.

Biden will give his own address following Zelenskyy’s speech in which the president will announce an additional $800 million in security assistance to Ukraine, bringing the total announced in the last week alone to $1 billion, according to a White House official familiar with matter.

While officials are anticipating that Zelenskyy may once again call on the U.S. and the West to send fighter jets or help establish a no-fly zone, the Biden administration is looking to send Ukraine “more of what’s been working well,” including anti-armor and air defense weapons, according to the official, who was not authorized to comment and spoke on the condition of anonymity.

Altogether, Biden has authorized $2 billion in security for Ukraine since the beginning of his administration, making the U.S. by far the largest single donor of security assistance to the country, the official said.

Zelenskyy wants the West to “close the sky” — a rallying cry now in pop culture — to prevent the Russian airstrikes that are devastating his country, perhaps most dramatically in the attack last week on a maternity hospital as pregnant women fled for their lives.

”I know he will ask for more help,” said Sen. Elizabeth Warren, D-Mass.

Congress has been ready to push on economic sanctions and beyond.

At first, the White House resisted calls from Congress to ban Russian oil imports to the U.S. Then it hit the brakes on legislation to revoke Russia’s normal trade status — before going ahead on both. It rejected efforts in Congress to stop the Nord Stream 2 energy pipeline, then led allies in halting it.

Biden “has a very difficult line to walk here, and that is that no one wants to trigger a World War III,” Warren said. “You have to keep options on the table. The Ukrainians are fighting for their lives, and they are also fighting for democracy all around.”

Biden has insisted there will be no U.S. troops on the ground in Ukraine and has resisted Zelenskyy’s relentless pleas for warplanes as too risky, potentially escalating into a direct confrontation with nuclear-armed Russia.

“Direct conflict between NATO and Russia is World War III,” Biden has said.

The Pentagon has rejected an offer from NATO ally Poland to transfer its Soviet-era MiGs to a U.S. base in Germany for re-transfer to Ukraine. And U.S. defense officials say they are puzzled, at any rate, by Zelenskyy’s demand for more warplanes. They say Ukraine isn’t often flying the planes it has now, while making good use of Stingers and other weapons the West is providing.

Even though Zelenskyy and Biden speak almost daily by phone, the Ukrainian president has found a potentially more receptive audience in Congress.

This won’t be the first time he has appealed directly to members of the House and Senate, who have remained remarkably unified in their support of Ukraine with some feeling they have made a commitment to do as much as they can in the fight against Russia. Nearly two weeks ago, Zelenskyy delivered a desperate plea to some 300 lawmakers and staff on a private call that if they could not enforce a no-fly zone, at least send more planes.

“We think the United States needs to do more,” said Sen. Roger Wicker, R-Miss., returning from a weekend visit with other lawmakers to Poland. “We need to do what we can to facilitate the delivery of the Russian-made MiGs to the Ukrainian fighter pilots so that they can wage this war themselves.”

Congress has already approved $13.6 billion in military and humanitarian aid for Ukraine, and the newly announced aid will come from that allotment, which is part of a broader bill that Biden signed into law Tuesday. But lawmakers expect more aid will be needed.

It was in that call that Zelenskyy asked for the opportunity to address the U.S. Congress, something the Democratic leader readily agreed to. Members of the congressional Ukrainian caucus supporting the country had already asked for similar.

“The Congress, our country and the world are in awe of the people of Ukraine,” said Pelosi and Senate Majority Leader Chuck Schumer in a statement Monday announcing the address.

They said Congress “remains unwavering in our commitment to supporting Ukraine as they face Putin’s cruel and diabolical aggression.”

Zelenskyy’s next stop could be Spain. On Tuesday, the speaker of Spain’s Congress of Deputies invited the Ukrainian president to address Spanish lawmakers via videolink.

In a letter to Zelenskyy, Speaker Meritxell Batet wrote that the address “will be a magnificent opportunity for the chamber, all Spanish people and the thousands of Ukrainians living in Spain to listen to your message and express our firmest support.”

2 people killed, others injured in shooting at Houston flea market