Police say her child died after an apparent overdose

LEXINGTON, Ky. (WTVQ) – Lexington Police say 24-year-old Alashia Brown was charged with murder on November 23 after the death of her 2-year-old.

Police say detectives were called to a local hospital on Sunday, November 20, for a 2-year-old suffering from an apparent overdose. Officers say Brown was arrested the next day, on November 21, and charged with Criminal Child Abuse 1st Degree.

According to police, the toddler passed away on Wednesday, November 23. Investigators say Brown’s charges were upgraded to murder after the child died. Brown is currently being held at the Fayette County Detention Center.

Officers say anyone with information about this case is asked to call Lexington Police at (859) 258-3600. Anonymous tips can be submitted to Bluegrass Crime Stoppers by calling (859) 253-2020, online at www.bluegrasscrimestoppers.com, or through the P3 Tips app available at www.p3tips.com. 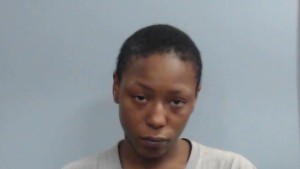