LOUISVILLE, Ky. (WHAS) — Work at the UPS Worldport facility, one of the biggest cargo hubs in the country, is entering its peak season for the holidays.

It even brought U.S. Transportation Secretary Pete Buttigieg to Louisville on Tuesday. He took a tour of the facility and discussed supply chain issues and improvements coming out of the pandemic.

“The pandemic created some of the hardest years for transportation in decades. How far we’ve come, even in just the past year,” Buttigieg said. “From medical supplies to toys and everything in between, things of great importance and great meaning move in your hands to the places and the people they’re meant to reach.”

Officials say more than three million packages are processed at the facility each day.

Buttigieg also talked about some of the city and state’s biggest projects, referencing the $1.8B in federal infrastructure funds funneled throughout Kentucky in the past couple years. 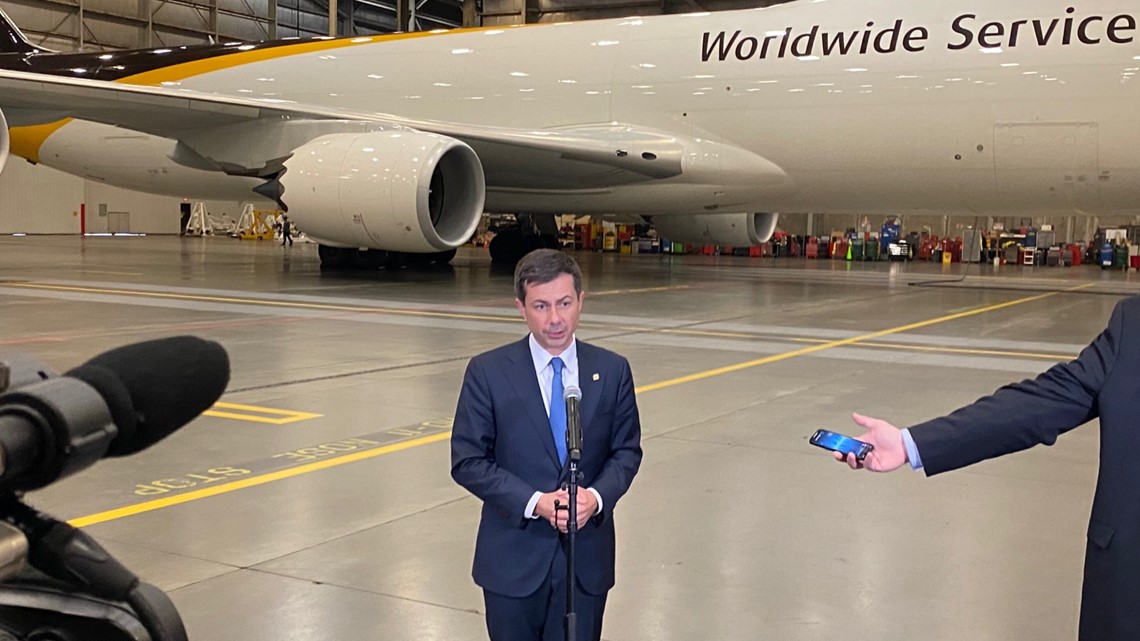 Visions like Reimagining Ninth Street — to bridge a decades-long divide between west Louisville and downtown — and revitalizing Broadway are two major Louisville road projects being funded with help from the federal government.

Buttigieg expanded upon his role in helping them come to fruition.

“Communities are coming up with compelling visions for how to make their streetscapes and roadways safer and more user-friendly, often more environmentally friendly,” he said. “We don’t expect all the projects are going to come out of the headquarters in Washington D.C. More of the funding should, so that people with great visions in places like Louisville can get it done.”

During his stop, WHAS11 asked about developments like the site in Glendale, Kentucky, where construction for Ford’s twin electric battery plants are already taking shape.

Buttigieg said he’s committed to working with Kentucky to make sure its power grid can support the electric vehicle (EV) wave, something many drivers across the state are concerned about.

“It’s true, we’re not going to be able to run tomorrow’s cars using yesterday’s grid,” he said. “Talking about everything from neighborhood charging, if you’re in a multi-family apartment building to getting the highway network built out. So, when you take a road trip — same as when you know there will be a gas station between you and where you’re going today — you’ll eventually have that same confidence about charging.”

The Secretary of Transportation also said this effort includes getting more charging stations built. He said his team will continue to provide funding, creating a framework local and state leaders can act upon.