LEXINGTON, Ky. (By Ryan Cullinane/UK Athletics) – The Kentucky men’s tennis team was picked to finish third in the Southeastern Conference standings by the league’s coaches, the conference announced Wednesday.

The Wildcats were slotted behind just Florida and Tennessee in the annual SEC Preseason Poll, while Georgia and South Carolina rounded out the top five.

Kentucky is one of five SEC schools nationally ranked in the top 15 by the Intercollegiate Tennis Association, checking in at No. 12. Reigning national champion Florida was unanimously voted into the top spot, followed by No. 4 Tennessee, No. 8 Georgia and No. 13 South Carolina.

No. 4 Gabriel Diallo is the most highly ranked of five Wildcats in the ITA Singles Rankings, followed by No. 45 Francois Musitelli, No. 89 JJ Mercer, No. 90 Joshua Lapadat and No. 122 Yasha Zemel. No. 34 Mercer and Lapadat were the lone Kentucky pair to receive a ranking in the ITA Doubles Rankings.

Reigning ITA National Player of the Year Liam Draxl and fifth-year senior Millen Hurrion were not considered for the latest ITA individual rankings due to foregoing the fall 2021 season.

The Wildcats open their spring season with a doubleheader on Saturday against Dayton at the Hilary J. Boone Tennis Complex. The first of the two matches will start at 9:30 a.m. ET. 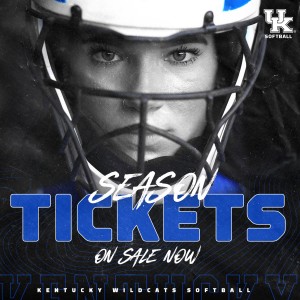 The 2022 schedule was released last month.