Mayor Keck made the announcement in front of a crowded venue of friends, family and supporters.

Keck is now one of a dozen Republican candidates vying to unseat Governor Andy Beshear.

Keck says his platform for candidacy is called ‘The Keck Game Plan’ focusing on solving Kentucky’s workforce crisis, making Kentucky safer by reducing violent crime, strengthening families through incentives for maternity leave, among others, and investing in education in the State.

Keck says he has a unique ability to connect, that his proven leadership sets him apart from other candidates.

He says he believes if he were to win the Republican primary in May, that he would have a path to victory against Governor Andy Beshear.

“The Governor has obviously a lot of support, but we’re going to tell a story about where he has failed us, where he has struggled. This is not going to be a campaign of personal attacks, that’s not how I am wired, we’ll stick with policy, things like public safety, lack of growth and we don’t share each other’s values on issues like women playing in men’s sports and vice versus, the transgender veto. I think it’s a big deal where Republican voters, regardless of nominee is going to stand up and push back.” said Mayor Keck.

Keck says his biggest hurdle in his campaign will be that he is an underdog. He says his name I’D is lower compared to other Republican Candidates, like Attorney General Daniel Cameron, Agriculture Commissioner Ryan Quarles, among the many others vying for the spot.

But, he says he will embrace that and is confident people will realize he is “someone authentic, who cares about people and is willing to go against the grain”.

You can find out more about his platform and the issues he stands behind by clicking on this link: keckforkentucky.com 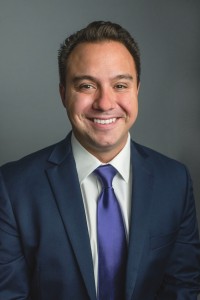