UPDATE: “Stable progess” being made as flood relief efforts continue in eastern Kentucky

UPDATE (8/5/22) – Gov. Andy Beshear held a Team Kentucky update on flood recovery efforts in eastern Kentucky saying the death toll remains 37. According to the governor, wellness checks are going to be underway all day Friday. State leaders and emergency officials are concerned about storms impacting the area Friday.

Renters and homeowners in eight counties impacted can apply for FEMA assistance. There are seven FEMA mobile registration centers open.

Governor Beshear says he talked to the FEMA administrator about people being denied assistance. He says it’s due to people not having proper or all documentation. Instead of being marked incomplete, Beshear says those individuals cases are marked as denied until the proper documentation is submitted.

If you’ve been denied, you’re encouraged to visit one of the FEMA mobile assistance centers where FEMA reps are on-site helping people apply.

Governor Beshear says housing is a challenging issue and will be long term. Right now, the state says there are 209 people in a shelter – 131 at Red Cross and 78 in independent shelters.

There are 320 people housed at a state park. 75 travel trailers have now been delivered – 25 at Jenny Wiley, 30 at Mine Made Campground and 20 at Carr Creek Campground. You must register HERE to be eligible for a travel trailer.

State leaders say $3.68 million in donations has been made to the Team Eastern Kentucky Flood Relief Fund. Five more funeral expenditures have been made from the fund which has now paid for 17 funerals.

Gov. Beshear says FEMA wants to let people know about GoFundMe pages, saying if you receive money from a GoFundMe, it may affect your FEMA eligibility, “FEMA cannot duplicate benefits you receive from another source.”

One wastewater system is still not operational. Several others are under limited operation or still experiencing issues.

There are 25 bridges still impassable, up from 23 yesterday. Inspections continue but 91% of bridges have been checked, according to the state.

State crews are now focusing on reopening county roads, all state roads are reported as open.

Gov. Beshear says portable drinking water is being provided and if you’re in need of food assistance to call 1-855-306-8959.

A full list of resources can be viewed HERE.

The Kentucky Career Center continues to help with disaster unemployment assistance. You can call 502-875-0442 or click HERE for help.

Beshear says people are also encouraged to bid on rare bourbon to help flood victims. The Kentucky Distillers Association gave the largest single donation during the tornado relief efforts in western Kentucky. KDA will once again hold an online auction from Aug. 11-21 to help the Team Eastern Kentucky Flood Relief Fund. You must be 21 or older to participate. According to the KDA, Kentucky distillers, private collectors, and out-of-state brands have come together again to donate exclusive private barrel experiences, rare and vintage spirits, one-of-a-kind bottles and unique tasting and tourism offerings. You can find more information HERE. 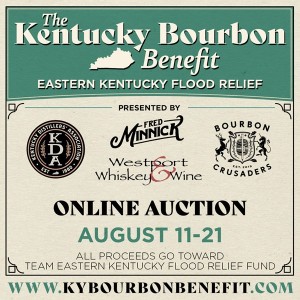 FRANKFORT, Ky. (WTVQ/PRESS RELEASE) – The state says the number of confirmed deaths in the flooding remains at 37 and that Kentucky State Police is reporting that there are two missing people still being searched for in relation to the flooding. This number is fluid and reflects reports made only to KSP.

Along with cooling centers they have

The amount of donations include

The state also mentioned both the power and water outages

You can also apply to:

Disaster Unemployment Assistance
Residents in the seven Eastern Kentucky counties that were approved prior to today for individual assistance can begin applying immediately for Disaster Unemployment Assistance (DUA) benefits. Impacted residents in Breathitt, Clay, Floyd, Knott, Letcher, Perry and Pike counties can file a claim for DUA benefits online through the Kentucky Career Center website kcc.ky.gov or by phone at 502-875-0442. You do not need to appear in person to file a DUA claim. The Kentucky Office of Unemployment Insurance will have staff available at two locations beginning at 7 a.m. Friday, Aug. 5, to help claimants file for benefits: