Stanton police searching for suspect in connection to armed robbery

Erica Bivens,
STANTON, Ky. (WTVQ) – The Stanton Police Department is looking for an individual wanted in connection to a robbery investigation.
According to Stanton police, an armed robbery happened at the Stanton Shell Mart around 2:30 a.m. Friday. The suspect is described as a white man with blonde hair. Police say the suspect entered and left on foot.
Police say they have since learned the suspect was at the store prior to the robbery without a facial covering. Police have released a video clip of the suspect HERE.
Police say if you recognize who the individual is, contact Powell County Dispatch Center at 606-663-4116 or send a direct message to the Stanton Police Department on Facebook HERE. 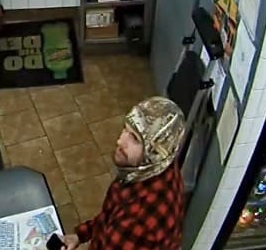