NICHOLASVILLE, Ky. (WTVQ)  – The National Transportation Safety Board has issued a preliminary report on a Dec. 10, 2021 plane crash that happened last year in Crab Orchard. Two Nicholasville businessmen — Lowell ‘Nick’ Strong and Ron Eldridge, who owned the plane and was piloting it at the time — died in the crash.

According to the report, the airplane hit the top of a 50-foot-tall oak tree before colliding with terrain. There was no fire.

The pilot, who owned the airplane, did not possess an instrument rating, according to the report.

You can view the full report HERE.

NICHOLASVILLE, Ky. (WTVQ) – The family of one of the two victims of the deadly Friday afternoon plane crash in Lincoln County have asked that contributions in his memory be made to tornado victims or

According to the obituary for 63-year-old Lowell Nicholas ‘Nick’ Strong, the family has requested donations be made to the Kentucky Equine Education Project (KEEP), a local Humane Society or Western KY Tornado Relief Fund via Southland Christian Church, where he was a long-time and active member.

The obituary by Betts and West Funeral Home notes, “A celebration of life will be held in the Spring of 2022 because, quite honestly, Nick didn’t participate in winter time,” a point that emphasized what the obituary noted was his “unique sense of humor.”

Strong graduated from Tates Creek High School in 1976 and Eastern Kentucky University in 1980. Among his many business interests, he was president of Old Colony Insurance Service, Inc, Chairman of Jessamine South Elkhorn Water District, partner in N & R Enterprise & Bluegrass Industrial and a special Deputy Sheriff for Jessamine County. He was an active board member for the Jessamine County Joint Economic Development Authority, Central Bank and Trust, and Kentucky Lloyd’s Association of Agents.

According to his obituary, he is survived by his wife Kimberly Strong (Froelich), his children, Sarah (Brandon Wells), Maggie (Alex Blanton), Lesley (Jared Hager), Lauren (Clayton Fitch) and Travis (Jen Cowley) and his grandson, Pierce; his sister, Karla Martello, his niece and nephew, Jeff and Katie Martello and his in-laws Max and Brenda Froelich. He is preceded in death by his parents, Doris and Carl Strong.

NICHOLASVILLE, Ky. (WTVQ) – Services are set Sunday, Dec. 19 for one of two men killed Friday evening in a plane crash in Lincoln County.

According to Betts and West Funeral Home in Nicholasville, the funeral for 61-year-old Ronald Lee Eldridge is 5 p.m. Sunday at the Jessamine County Fire Department, 1310 South Main St. in Nicholasville. 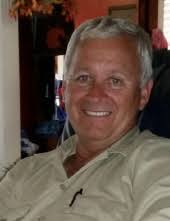 Visitation is from 1 p.m. until the time of the service.

61,A native of Waynesburg, Ky., he was married Tina Hollingsworth Eldridge. He was the son of the late Ruth Lee Riddle Eldridge. He has called Nicholasville home since the early 1980s, according to his obituary.

He was owner and operator of Ron Eldridge Excavating and Ron Eldridge Properties LLC, honorary Deputy Sheriff, and a partner in N.R. Enterprise. He was very active in the community,serving on many committees and boards throughout Jessamine County.

Memorial contributions are suggested to disaster relief for Mayfield at https://onrealm.org/TraceCreekBapti/-/form/give/now.

Flowers may be sent to the Fire Department on Sunday.

The Kentucky State Police was contacted by the Lincoln County Sheriff’s Office just after 5 p.m., in reference to a fatal plane crash. KSP Post 7 Troopers and Detectives responded and located a fixed wing, single engine airplane crash in a dense wooded area off of Begley Road. Two occupants sustained fatal injuries and were pronounced deceased at the scene by the Lincoln County Coroner.

KSP Post 7 secured the crash site and notified the Federal Aviation Administration (FAA) and the National Transportation Safety Board (NTSB) to investigate the incident.

The two occupants were identified as 61-year-old Ronald Eldridge and 63-year-old Lowell Strong, both of Nicholasville. The bodies will be transported to the State Medical Examiner’s Officer in Frankfort for autopsies.

According to the FAA, the Beech V35 fixed wing single-engine plane was registered to Ron Eldridge Properties LLC out of Nicholasville.

CRAB ORCHARD, Ky. (WTVQ) – A small private plane with two people on board crashed in a wooded area in Lincoln County on Friday afternoon, according to the Federal Aviation Administration (FAA).

The names of the occupants weren’t immediately available.

According to the FAA, the Beech V35 fixed wing single-engine plane is registered to Ron Eldridge Properties LLC out of Nicholasville.

According to the flight tracking website, flightaware, the plane took off at 11:03 a.m. Friday from Okeechobee County, Florida.  The site says the plane was tracked over Baxley, Georgia at 2:26 p.m., and was last seen outside Danville, Kentucky at 4:51 p.m.

A Boyle County dispatcher says the plane was apparently trying to land at the Danville-Boyle County Airport at the time of the crash, not far from Crab Orchard in Lincoln County.

The FAA and National Transportation Safety Board (NTSB) are investigating the cause of the crash.