CADIZ, Ky. (WTVQ) – A second teenager has been arrested in connection to an armed robbery in Trigg County, according to Kentucky State Police.

Investigators say 19-year old Dequain Mayes, of Hopkinsville, was arrested Thursday and taken to the Christian County Jail.  KSP says he was wanted for robbery, burglary and theft by unlawful taking.

State Police say on the afternoon of Oct. 23, 2021, Mayes and 18-year old Noah Beaudry, of Cadiz, went into a home on Woodland Drive in Cadiz, demanded money and marijuana and pointed weapons at two people.

Beaudry was arrested Tuesday on charges of robbery, burglary and theft by unlawful taking, according to KSP.  He was taken to the Christian County Jail. 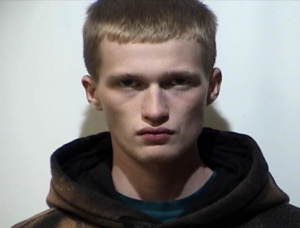