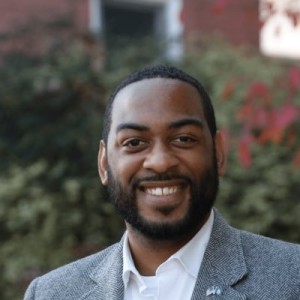 “With Charles Booker’s victory tonight, Kentucky Democrats have made history by nominating the first Black candidate to lead a major party ticket heading into a general election in Kentucky. Representation matters and generations of future leaders will be inspired by seeing this moment. Rep. Booker has built a movement across Kentucky, uniting and energizing grassroots Democrats ‘from the hood to the holler’ behind his vision for investing in Kentucky’s working families – from affordable health care to good-paying jobs. And the contrast couldn’t be clearer: Rand Paul has failed Kentuckians over and over again, pretending to be an outsider while playing the same cynical Washington games he preaches against. Rand Paul works for powerful special interests. Charles Booker works for Kentucky families.”

Chair Elridge also commented on the results of Kentucky’s other Democratic primaries:

“We’re proud of our Democratic nominees up and down the ballot this year. While Kentucky Republicans descend further and further into chaos, extremism, cruelty and infighting, Kentucky Democrats are standing together to present a clear alternative. Across the commonwealth, Democratic candidates for federal, state and local office are fighting to make life easier for Kentucky families by lowering costs, making health care more accessible and affordable and continuing the unprecedented economic boom we’ve seen under Gov. Andy Beshear’s leadership.”

“I am beyond grateful and humbled by the overwhelming support we have received from my fellow Kentuckians tonight,” said Booker. “I started this campaign to fight for a bold vision that will improve the quality of life of all Kentuckians, guarantee true freedom and ensure widespread prosperity across the Commonwealth. Tonight, we are that much closer to making this vision a reality. Tonight, we roll up our sleeves to continue the work to win in November and beyond.”

“For far too long, our communities have been abandoned and ignored by leaders who are only looking out for themselves,” said Booker. “The people of Kentucky deserve solutions and they deserve leadership. They deserve a future where they don’t have to struggle for the most basic rights and needs in life. I will change that and together we will transform our future, win a Kentucky New Deal, inspire new leadership in Kentucky and make sure everyone in our Commonwealth has the opportunity for a better life.”

“Kentucky, I want to thank you for voting for me to be your Republican nominee for US Senate.  I’m honored to serve and honored to have your vote. One more election will happen this fall, and I hope I can count on your vote again. As I do most weeks, I’m here in DC battling the socialists and petty tyrants. Kentucky and all of America deserve better than the massive spending, runaway debt, and crippling inflation that Biden, Pelosi, and Schumer are giving us. I’m working every day to fight back, and I hope you’ll continue to support me and vote them out this fall.”

Tune into ABC36 News at 11 for full election coverage and analysis from political analysts.