LEXINGTON, Ky. (WTVQ) – A jury in Lexington on Wednesday acquitted a Lexington man on all charges in connection to a deadly shooting that left a teenager dead four years ago, according to the Lexington Herald-Leader.

19-year old Sean Howard was shot and killed Aug. 5, 2017, while sitting in a car with three other people in the Mist Lake Plaza parking lot at the corner of Richmond Road and South Locust Hill Drive, according to Lexington Police.

The newspaper reports both prosecutors and Canada’s defense attorneys acknowledged the people in the car were conducting a marijuana deal at the time of the deadly shooting.

Prosecutors claimed Canada was trying to shoot and kill another man in the car, Austin McPherson, who was in the driver’s seat, but missed and hit Howard instead, according to the newspaper report.

The report says Canada was mad at McPherson because Canada bought a phone from him for $50, but it didn’t work.

Canada’s attorneys argued in court that the gun used in the shooting couldn’t be linked to Canada, that prosecutors hadn’t proved Canada shot the gun or was even on the scene of the shooting, according to the report. The defense also argued investigators didn’t test for gunshot residue on any of Canada’s clothes, didn’t present evidence of DNA testing from the car and didn’t track cell phone locations for those allegedly involved, according to the newspaper report. 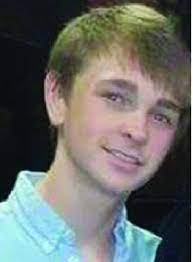 LEXINGTON, Ky. (WTVQ) – A 17-year-old wanted in connection to a fatal shooting that happened over the weekend has been taken into custody.

According to the Lexington Police, a 17-year-old was arrested after a brief pursuit on Centre Parkway Tuesday afternoon.

Police say they found out around 12:45 a.m. he had arrived there by private car.

Officers say so far they have learned he was shot while sitting in a car in the parking lot of Mist Lake Plaza on Richmond Road and South Locust Hill Drive.

The 17-year-old is charged with murder, according to police.