LEXINGTON, Ky. (WTVQ) – The Lexington-Fayette County branch of the NAACP on Thursday raised new concerns over the Lexington Police Department’s handling of case where a mother is accused of stabbing her two young children to death.

The organization sent a follow-up to its May 20 letter to Mayor Linda Gorton, asking more questions about the case it wants included in the ongoing murder investigation.  The NAACP wants to know what information police officers were given about the mother’s mental health and ability to care for her children, which led to two visits to the apartment prior to the stabbing deaths.

The organization also wants to know what information about the mother, Nikki James, was shared before officers decided not to send her for a psychiatric treatment or report her to child protective services.  The NAACP also wants to know if James was denied access to an attorney during her hospitalization immediately following her arrest before she was released and taken to jail.  She has pleaded not guilty to two counts of murder.

In the organization’s initial letter last month to the mayor and Urban County Council, it questioned whether Lexington police followed state laws and the department’s own policies that could have prevented the stabbing deaths of the two children, ages 5 and 13.

ABC 36 News reached out to the city for a response to the NAACP’s latest calls and questions.  City spokesperson Susan Straub says the case is still open, which limits what can be said about it.  She says the police department has already answered the first two questions raised by the NAACP.  She provided this link in response:  https://www.lexingtonky.gov/news/05-21-2022/response-lexington-fayette-chapter-naacp-questions-about-policies-and-procedure.

Straub also says Nikki James was not denied access to her attorney.  She added, there is an established method for raising concerns about police policy and provided this link:  https://www.lexingtonky.gov/police-department-policies.

She says Mayor Gorton is happy to meet with the head of the NAACP.

Here is the NAACP letter in its entirety:

This follow-up letter is in response to the considerable number of questions that arose from the community after the press coverage of our May 20, 2022 letter regarding the tragedy in the 400 block of Rogers Road
earlier in the month.

Some of those additional requests and questions worthy of an investigation include:

1) As evidenced in the recording of the 911 calls, what information about the mother, her mental
health, her ability to care for two children was communicated to the police that resulted in the
two visits to the home?
2) As evidenced by police body camera footage, what was shared about the mother, her mental
health, and the welfare of the children during the visit that resulted in the police decision to not
seek psychiatric treatment and/or report to child protective services?
3) As presented by community members, concerns that law enforcement denied the mother access
to attorneys during her hospitalization?

This incident has been the second to occur during the last two years where vulnerable children were left in the care of custodians whose mental health was in serious question and the circumstances resulted in the death of the children. We are calling for this scrutiny and transparency to ensure in the future that our sworn law enforcement officers take action consistent with the well-being of those who are most vulnerable, assess thought processes, training and actions that guided the home visit during a “wellness check” or “mental health emergency”. Furthermore, this investigation is about adherence to the LPD policies or making necessary revisions to prevent another tragedy.

In the spirit of the Mayor’s Commission for Racial Justice and Equality efforts, The LexingtonFayette NAACP would like to broaden this discussion to include a proposal of a Racial Equity Impact Assessment of all LPD policies and the inclusion of qualified mental health professionals to assist in the healing of this community from future senseless deaths.

The Lexington-Fayette NAACP welcomes a meeting to resolve this issue on behalf of the community.

LEXINGTON, Ky. (WTVQ) – The Lexington-Fayette County branch of the NAACP issued a news release Friday night questioning whether Lexington police followed state laws and the department’s own policies that could have prevented the stabbing deaths of two children earlier this month.

43-year old Nikki James is accused of stabbing her own children to death.  She has pleaded not guilty to two counts of murder.

Thirteen-year old Deon Williams and 5-year old Skyler Williams were both pronounced dead at the hospital from multiple stab wounds and lacerations on May 2, 2022, according to the Fayette County Coroner’s Office.

Citing media reports, the NAACP says Lexington police were called to the family’s home at Parkway Manor Apartments on Rogers Road twice the day before the children were killed.  The NAACP claims Nikki James made one of the calls to police because she was experiencing a mental health crisis and that the children’s father, who lives in Cincinnati, requested a “welfare check” of the children, which led to a second visit on May 1.

The NAACP says the Lexington community deserves a public statement from the Lexington Police Department concerning whether their officers followed state laws and policies.

ABC 36 News reached out to Lexington police for a response.

The department says on May 1, 2022 officers were requested to respond to the 400 block of Rogers Road for a wellness check, not a mental health emergency.  Police say the caller was not the mother, Nikki James nor the children’s father.  Police say the caller was a third party who knew the family and had recently been in contact with the father.  Police say it had been relayed to the caller that James stated she was in a cult and was in fear for her life.  The caller also stated there were two children in the home, according to police.

Police say when officers arrived at the apartment, they spoke to James at the door to the apartment.  They say she stated she did not know the caller, didn’t know why the call was made, and that she didn’t need any assistance.

Police say both officers who responded to the welfare check are Crisis Intervention Team (CIT) trained.  The 40-hour training course to become certified teaches signs and symptoms of mental illness, medications used to effectively treat mental illness, verbal de-escalation skills and active listening skills that are reinforced through role play scenarios and also being familiar with resources available for help.

Police say while the officers spoke with James, they didn’t observe any indicators that additional mental health assistance was needed.  The caller told police there were two children in the home and only stated that James was in fear for her life, not the children, according to police.

The NAACP also called on Mayor Linda Gorton and the Lexington-Fayette Urban County Council to conduct an investigation to determine whether the Lexington Police Department violated state laws and the department’s own policies regarding their interactions with the city’s most vulnerable citizens, children and people experiencing mental illness.

The NAACP says in its news release, State laws and Lexington Police Department policies state that when dealing with juveniles in “noncriminal situations,” officers may take a child into protective custody and may hold that child in protective custody without the consent of the parent or other person exercising custodial control or supervision if there exist reasonable grounds for the officer to believe that the child is in danger of imminent death or serious physical injury or if the person exercising custodial control or supervision are unable or unwilling to protect the child.”

The policies state that officers should consider requesting assistance from officers with specialized training in dealing with mental illness or crisis situations.  Furthermore, the policies state that if an officer has “reasonable grounds to believe that an individual is mentally ill and presents a danger or threat of danger to self, family, or others if not restrained, then the officer shall: take the individual into custody and transport the individual without unnecessary delay to a psychiatric facility for the purpose of an evaluation to be conducted by a qualified mental health professional.

Here is the Lexington Police Department’s response in its entirety:

On May 1, 2022 Officers were requested to respond to the 400 Block of Rogers Road for a wellness check, not a mental health emergency.  The caller was not Nikki James (the mother) nor the children’s father.  The caller was a third party that knew the family and had recently been in contact with the father.  It had been relayed to the caller that Ms. James stated she was in a cult and was in fear for her life.  The caller also stated there were 2 children in the home.

Both officers that responded to the welfare check are Crisis Intervention Team (CIT) trained.  This is a 40 hour training course that teaches:

While speaking with her, they did not observe any indicators that additional mental health assistance was needed.  The caller indicated that there were 2 children in the home and only stated that Ms. James was in fear for her life, not the children.

In response to the NAACP ‘s questions and release that we received from media outlets.  Below are our responses to their questions:

We value our community partnerships including with the NAACP.  They can always reach out to us for any concerns or questions they may have. 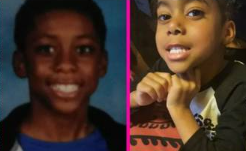 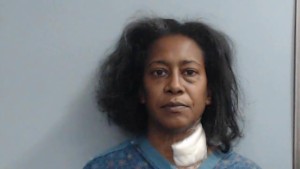