LONDON, Ky. (WTVQ) – A man on Laurel County’s ‘Most Wanted’ list was arrested minutes after the sheriff’s office circulated his wanted poster on Wednesday, according to deputies.

20-year old Brandon Johnson, of East Bernstadt, was arrested on US 25 in south London at a traffic stop around noon, according to investigators.

Deputies say he’s charged with Sodomy first-degree, Rape second-degree and Possessing Matter Portraying a Sexual Performance by a Minor under the age of 12.

No other details in the case were released by investigators. 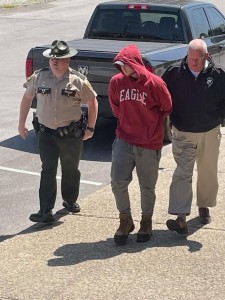