Man charged after more than 10 ounces of meth seized: Police

NICHOLASVILLE, Ky. (WTVQ) – A 35-year-old man is arrested after the search of a home turns up thousands of dollars worth of suspected methamphetamine and cash, 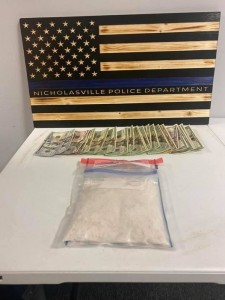 according to Nicholasville Police.

Jeremy Ramsey, of Nicholasville, was charged after the search at 148 Garnet Drive, according to police.

Detectives say they seized 10.5 ounces of methamphetamine, $730in cash and other drug paraphernalia.

Ramsey is charged with first-degree drug trafficking. His bond is set at $10,000 cash.