LOUISA, Ky. (WTVQ) – A woman was arrested and charged with numerous drug offenses and other charges after being pulled over driving a car that was reported stolen last month, according to Louisa Police.

Investigators say when 33-year old Shelly Ann Collins was pulled over on Wednesday, police found three pounds of methamphetamine, an ounce of heroin, four ounces of marijuana, scales and small baggies in the vehicle.

Collins, formerly of Louisa but now living in Louisville, was taken to the Big Sandy Regional Detention Center.

The case remains under investigation by Patrolman Chase Kirk. Assisting Kirk was the Lawrence County Sheriff’s Office and the Kentucky State Police. 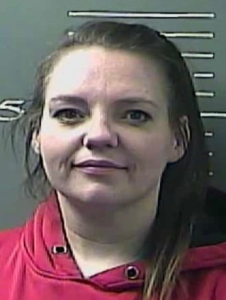