Mervil Spencer Jr. was charged in connection to the death of 59-year old Michael Coyle in 2019

LEXINGTON, Ky. (WTVQ) – A man who was initially charged with murder in a 2019 case in Lexington was sentenced to five-years probation on Thursday, according to the Lexington Herald-Leader.

He was charged in December 2019 in connection to the death of 59-year old Michael Coyle, according to Lexington Police.

The newspaper report says the Fayette County Coroner’s office reported Coyle’s death was caused by blunt force trauma injuries sustained in a fight with Spencer and William Justus at an apartment complex on Bayou Court.  However, in court Thursday, it was revealed by Judge Lucy Vanmeter, that Coyle died from sepsis infection he suffered while being treated in the hospital for his injuries suffered in the fight.

The report says Judge Vanmeter affirmed the assault on Coyle was a serious one, but felt it was significant that the victim didn’t directly die because of the beating.

The other man charged in the case, William Justus, died in February of last year, according to the report. 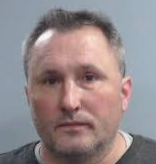