KSP Post 13 in Hazard received a call that volunteers with Vicco and Lotts Creek Fire and Rescue found human remains near a creek bank in the Rowdy community of Perry County.  The remains were positively identified as Dale Williams, according to State Police.

Investigators say there was no evidence at the scene that would indicate any foul play.

An autopsy is scheduled at the State Medical Examiner’s Office.

The two were last seen together in the Balls Fork community.

Anyone with information on the whereabouts of Misty Williams should call the Kentucky State Police, Post 13, Hazard, at 606-435-6069. 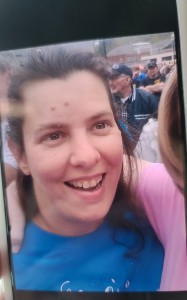 Dale L. Williams, 69, of Ary, is described as having grey/brown hair and blue eyes. He is 5’8 inches tall and 145 pounds. He was last seen wearing a black jacket and blue jeans.

Misty D. Williams, 43, of Ary, has brown hair and hazel eyes. She is 5’4 inches tall and 210 pounds. She was last seen wearing a white shirt with blue jeans and she is diagnosed with autism.

Anyone with information should call the Kentucky State Police, Post 13, Hazard, at 606-435-6069. This incident remains under investigation by Trooper Steve Davidson.